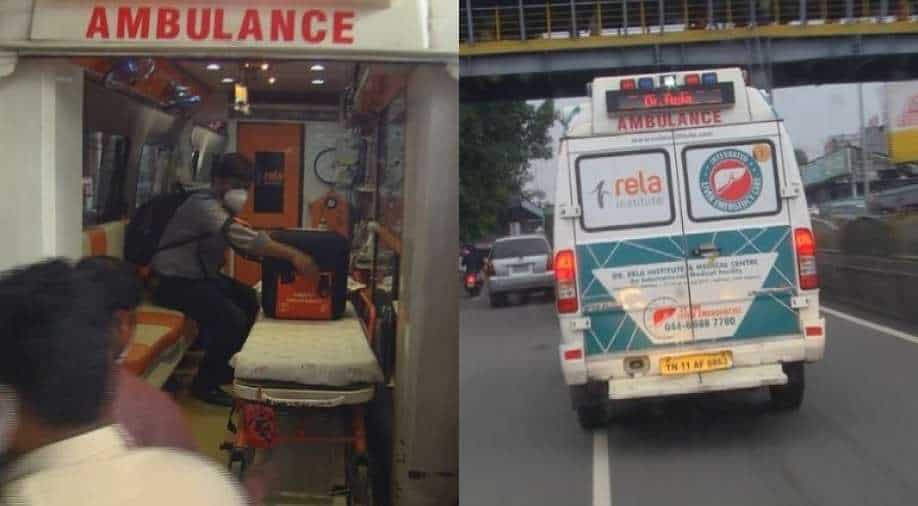 A human heart is being transported from Kochi, Kerala to Chennai, Tamil Nadu.  Photograph:( WION )

A human heart was flown nearly 700 km, from Kochi in Kerala to Chennai in Tamil Nadu, to save the life of a 51-year-old patient. The speedy transportation enabled a successful transplant

A human heart was flown nearly 700 km, the distance between two southern Indian cities, Kochi in Kerala and Chennai in Tamil Nadu, to save the life of a 51-year-old patient. The speedy transportation enabled a successful transplant, which was performed on late Sunday evening.

Harvested from a brain-dead person, the heart was transplanted to a 51-year-old male, who had been suffering from a condition known as Dilated Cardio Myopathy (DCM), which decreases the heart's ability to pump blood. The recipient had been on an organ registry waiting list, since February this year.

The donor, a 30-year-old male from Kochi, had failed to respond to treatment, after suffering a traumatic brain injury due to a road accident. He was hospitalised on October 19. He was declared brain dead on Saturday, following which his family was counselled and then consented for organ donation.

A team of four doctors from Rela Hospital, led by Dr Arumugam, Heart and Lung Transplant Surgeon flew to Kochi on Sunday morning and retrieved the organ from the donor. This smooth transit was facilitated by a special Green corridor, a traffic-free route for road quick transport, that was made ready by Kochi Police and Chennai Police in the respective cities.

The team of doctors reached Chennai from Kochi by 4:10 pm, completing a journey of an hour and five minutes. The doctors then transported the heart from the airport to the Rela hospital, where the Transplant team headed by Dr Sandeep Attawar, Program Director, Heart and Lung transplant at Rela hospital and their teams had got the recipient ready. The recipient is stable and in good health, following the successful transplant on late Sunday evening.