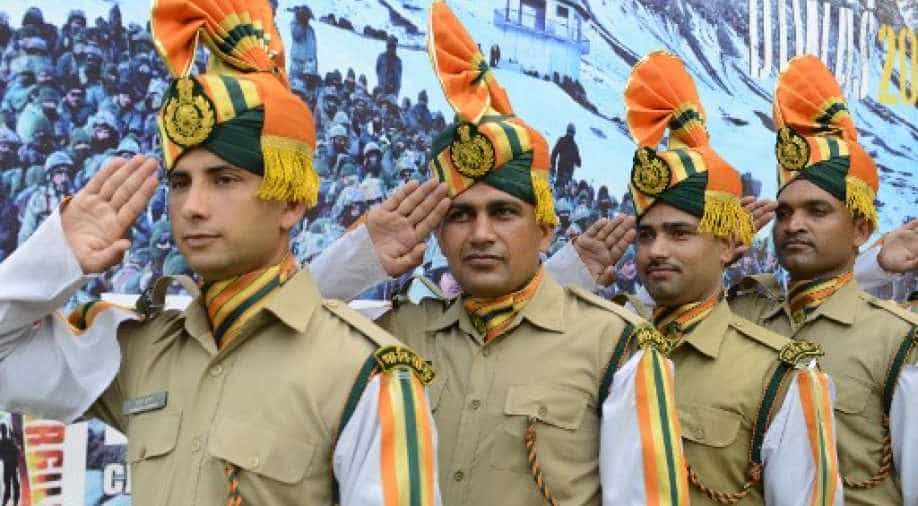 Due to the high altitude training and manoeuvre experience of the force in the Himalayas deployments, the ITBP troops kept the PLA troops at bay during the clash with Indian troops at Galwan Valley

The Indo-Tibetan Border Police (ITBP) has recommended 21 names of its men for gallantry medals who faced the Chinese during faceoffs and skirmishes in May-June, 2020.

The ITBP troops not only effectively used shields to protect themselves but also responded fiercely to PLA's advancing troops and brought the situation under control. With the highest order of professional skills, ITBP troops fought shoulder to shoulder and also brought the injured Indian Army troops to the rear.

Even when the ITBP troops fought whole night, they received minimum casualties by giving a befitting reply to the stone-pelters of the PLA. At places they gave determined stand-off about 17 to 20 hours throughout the intervening nights.

Due to the high altitude training and manoeuvre experience of the force in the Himalayas deployments, the ITBP troops kept the PLA troops at bay and due to the all-out and befitting response of ITBP soldiers at almost all fronts many areas were safeguarded in the hypersensitive areas.

The force also recommended the names of 318 ITBP personnel and 40 other Central Armed Police Forces (CAPF) personnel for award of Union Home Minister Special Operation Medals for their dedicated services in fight against the COVID-19.

The ITBP has been in the forefront of the coronavirus battle since January when it had established the biggest quarantine facility in Chhawla camp for Wuhan and Italy evacuees.

Besides dedicating its hospitals for COVID-19 patients of the CAPFs/CPOs, it is also looking after the world’s biggest 10,000 bed capacity Sardar Patel COVID-19 Care Centre and hospital at Radha Soami Beas, Chhatarpur, New Delhi since July.