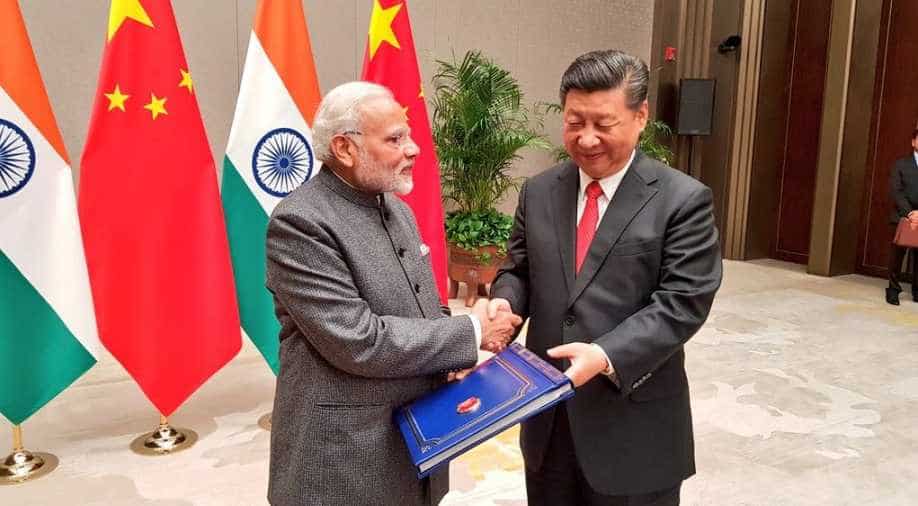 Prime Minister Modi had detailed discussions with President Xi on bilateral and global issues which will add further vigour to the India-China friendship. Photograph:(Twitter)
Follow Us

In 2017, the Doklam crisis saw over a two-month-long standoff between Indian and Chinese forces after Bejing tried to build a road on Bhutanese territory.

Chinese Defence Minister Wei Fenghe said that India-China border is stable and forces of both the countries are in close communication with each other.

"Both sides have close communication with each other and the border area is generally stable. The common interest of China and India far outway our differences," Fenghe said while addressing Shangri-La Dialogue in Singapore.

In 2017, the Doklam crisis saw over a two-month-long standoff between Indian and Chinese forces after Bejing tried to build a road on Bhutanese territory.

Calling the relationship between the two countries "sound", General Fenghe recalled the informal Wuhan summit between Indian Prime Minister Narendra Modi and China President Xi Jinping and said both the leaders provided "guidance for the relationship and the comprehensive strategic partnership has enjoyed sound growth and our consensus is that two militaries need to work together to contribute to the overall relationship between China and India."

Fenghe was quite optimistic about the ties and said, "Both sides committed for a cooperative and stable relationship between the two sides. The momentum of a relationship, it is getting better and better and we are making active efforts to further grow this bilateral relationship."

India and China held a Joint Exercise “Hand-in-Hand” in Pujiang, China from 10 to 23 December 2018 in which 130 personnel from each side participated.