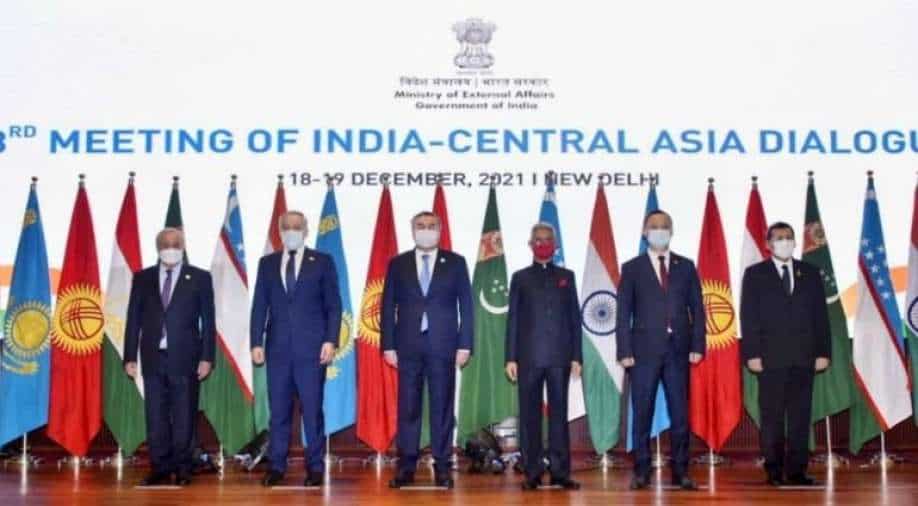 They also stressed upon the importance of UNSC Resolution 2593 (2021). This resolutions states that the territory of Afghan should not be used for sheltering, training, planning, financing or carrying out acts of terror

India’s External Affairs Minister S Jaishankar met with his counterparts from Kazakhstan, Kyrgyz Republic, Tajikistan, Turkmenistan, and Uzbekistan over the weekend to discuss concerns about Afghanistan.

Jaishankar said the leaders got together to discuss "a truly inclusive and representative government, the fight against terrorism and drug trafficking, ensuring unhindered humanitarian assistance, and preserving the rights of women, children, and the minorities".

The ministers also discussed the Taliban takeover in Afghanistan and what can be done to protect Afghans and citizens of neighbouring countries from the crisis, especially considering Turkmenistan, Uzbekistan, and Tajikistan share borders with Afghanistan.

"We all also share deep-rooted historical and civilisational ties with Afghanistan," Jaishankar said while talking to his counterparts. "We must find ways of helping the people of Afghanistan."

The leaders talked about the impact the Afghan crisis can and is having on the economies of their own home country. They "reiterated strong support for a peaceful, secure and stable Afghanistan while emphasising the respect for sovereignty, unity and territorial integrity, and non-interference in its internal affairs," a joint statement said.

It has also been decided that the participating nations will continue providing humanitarian assistance to Afghanistan in order to ensure that the locals there do not suffer due to the ongoing crisis. They have also decided to stay updated and continue close consultation regarding the situation in Afghanistan.

They also stressed upon the importance of UNSC Resolution 2593 (2021). This resolutions states that the territory of Afghan should not be used for sheltering, training, planning, financing or carrying out acts of terror.

Talking about the importance of defence and security related consultations among nations, the ministers "condemned terrorism in all its forms and manifestations and reiterated that providing safe haven, using terrorist proxies for cross-border terrorism, terror financing, arms and drugs trafficking, dissemination of a radical ideology, and abuse of cyber space to spread disinformation and incite violence goes against the basic principles of humanity and international relations".

They also used this opportunity to urge international leaders and organisations to come together to help fight terrorism on a global level and follow UNSC resolutions, Global Counter-Terrorism Strategy, and FATF standards, the joint statement said.