India can learn from Indonesia in terms of transfer of funds during coronavirus pandemic: Nobel laureate Abhijit Banerjee to Rahul Gandhi 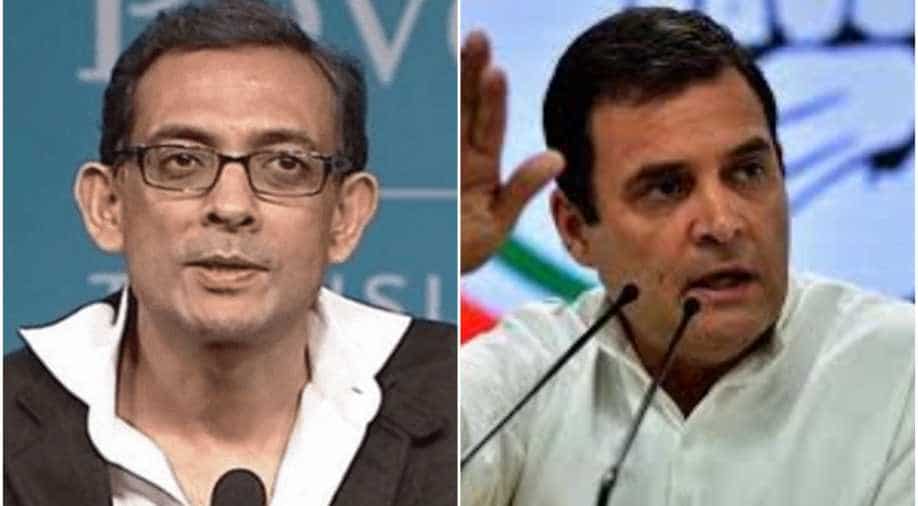 Abhijit Banerjee was deliberating on the economic impact of the COVID-19 pandemic with Gandhi as part of a series of dialogues broadcast on Congress' social media handles.

India should look at Indonesian experiment in context of transfer of funds in the face of the coronavirus-enforced crisis, Nobel laureate Abhijit Banerjee said on Tuesday, asserting that putting cash in the hands of people would be the best way to boost the economy post lockdown.

Banerjee, while talking to Congress leader Rahul Gandhi through video-conferencing, also suggested giving money into the hands of the bottom 60 per cent population to help revive demand.

He was deliberating on the economic impact of the COVID-19 pandemic with Gandhi as part of a series of dialogues broadcast on Congress' social media handles.

Banerjee said that Indonesia has decided it would give cash transfer -- that too through community decision making process.

“The community decides as to who are needy and who get the funds,” he said, adding he worked with the Indonesian government and the approach will not work in a bad manner when compared with centralised targeting.

Banerjee said it was an experience India could learn from.

“In an emergency, it is a good policy,” he said.

Rahul Gandhi countered this, saying that one cannot discount caste bias in the said concept.

To this end, Banerjee said that even centrally targetted schemes are reported to have missed people, "so local authorities should be identified."

"Elite capture of funds cannot be avoided but we must be brave, take a chance and identify local authorities to distribute funds,” he said.

“India has enough stocks and we can continue for a while,” he said.

Rahul Gandhi also questioned him about the centralisation of power -- to which Banerjee replied that migrants should have been tested and should not have been left to the state governments.

"It should have been handled by the Centre."

Banerjee insisted that good NGOs should be roped in. He also suggested that the government should hand out temporary ration cards to people to deal with the problem of food distribution.

On the issue of strongmen politics, he said that US and Brazil are messing the COVID-19 situation.

"This is the time to relook at the strongmen theory and dissuade themselves. These two are pretending as they understand everything,” he said.