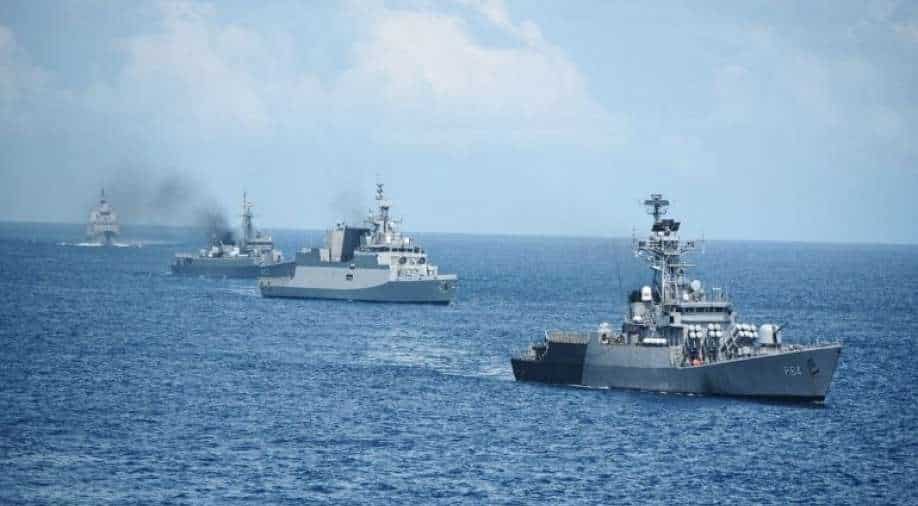 The Indian and Thai navies on Friday began a three-day coordinated patrol in the Andaman Sea amid growing concern over China's increasing maritime forays into the Indian Ocean region.

The two navies have been bi-annually undertaking CORPAT along their international maritime boundary line (IMBL) since 2005 with an aim to keep the vital part of the Indian Ocean safe and secure for global trade, Indian Navy Spokesperson Commander Vivek Madhwal said.

"The CORPAT builds up understanding and interoperability between navies and facilitates institution of measures to prevent and suppress unlawful activities like illegal unreported unregulated (IUU) fishing, drug trafficking, maritime terrorism, armed robbery, and piracy," he said.

The official said it further helps enhance the operational synergy by exchange of information for the prevention of smuggling, illegal immigration, and for conduct of search and rescue (SAR) operations at sea.

"The 32nd Indo-Thai CORPAT will contribute towards Indian Navy's efforts to consolidate inter-operability and forge strong bonds of friendship between India and Thailand," Commander Madhwal said.

The Indian Navy has been gradually expanding its presence in the Indian Ocean region in the last few years.

Notwithstanding the coronavirus pandemic, the Indian Navy participated in maritime exercises in the last few months with a number of countries.

Last month, India held the Malabar exercise that was also participated by the navies of the US, Japan, and Australia.

India invited Australia for the exercise last year as well as this year effectively making it a drill by all the Quad member nations.

The Quad, comprising India, the US, Australia, and Japan, is aimed at ensuring a free and open Indo-Pacific, a region that witnessed increasing Chinese military assertiveness in recent years.

China has been suspicious about the purpose of the Malabar exercise as it feels that the annual war game is an effort to contain its influence in the Indo-Pacific region.