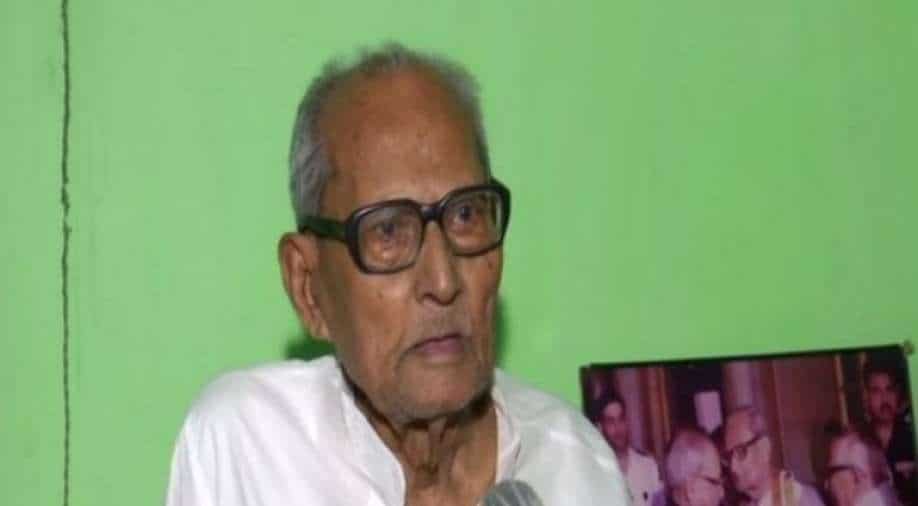 The freedom fighter, identified as Kartick Chandra Dutta, was honoured at his Kolkata residence by representatives of the government

A 98-year-old freedom fighter who contributed to the Quit India movement was honoured by the Government of India on Saturday.

The freedom fighter, identified as Kartick Chandra Dutta, was honoured at his Kolkata residence by representatives of the government.

"Dutta was among the few freedom fighters who were invited in Delhi to get honoured by the Government of India on the occasion of Independence Day but it could not happen because of Covid. So the government sent their people here. He has been honoured in Delhi by the President and the Prime Minister before this about five or six times," said Dutta's son, Debakar.

On his father's contribution as a freedom fighter, he said: "Since the beginning, he wanted to do something for his country. He had a group of like-minded friends as well. He raised slogans during the Quit India movement but was arrested and put into prison."

"I was not aware of him being a freedom fighter. My mother-in-law told me about it. It was tough when he was put behind bars," said Manjula, his wife.

While speaking to ANI, Kartick Chandra Dutta recalled being sent to prison several times but not leaving the freedom struggle in spite of that.

Kartick still remembers the times he was invited to the President's House to be honoured on Independence Day and expressed the wish that he gets to visit Delhi again in the future on this occasion.