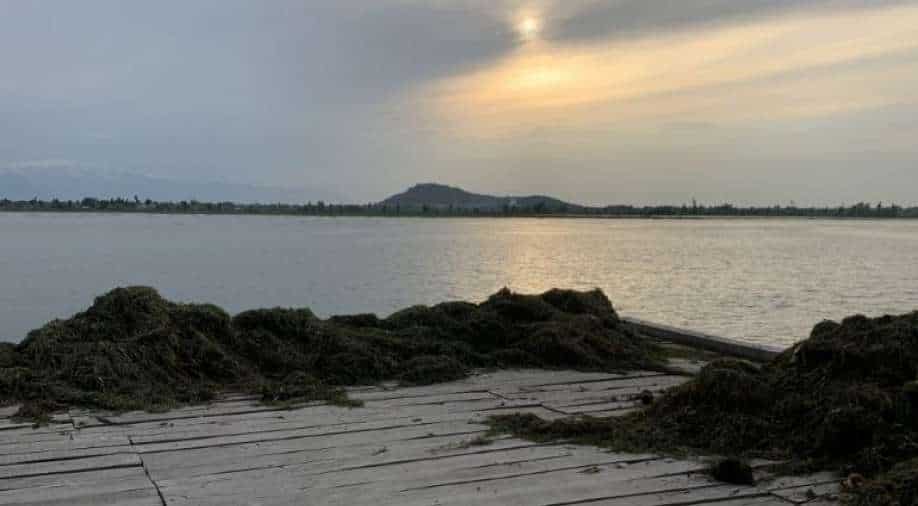 Kashmir is known as the crown of India and Dal Lake is said to be its jewel. However, in the past few years, the lake has been shrinking because of encroachments. The Lakes and Waterways Development Authority(LAWDA) has been trying its best to save the lake.

In the last three months, LAWDA has done more than 170 demolitions of illegal structures around the lake. People have been taking advantage of the lockdown and many such encroachments are being reported.

Now, to stop these illegal encroachments, the LAWDA has started installing CCTV cameras all around the lake.

''We have started the process of placing CCTV cameras around Dal Lake. Five cameras have been placed while 15 more are being placed at different locations. We will try to cover the whole lake in a phased manner. The camera's will be of high quality so that number plate recognition is also possible, and if people are seen carrying the construction material, we would get to know through the footage.'' says Dr Bashir Ahmad Bhat, VC LAWDA.

The authorities say reporting of events is a bit slow during the lockdown and some people are taking advantage of lockdown by constructing these illegal structures. Thousands of FIRs have also been registered against people for these encroachments. Many vehicles carrying construction material were also seized.

Also read | Covid in India: One nurse delivers 100 babies of patients while another vaccinates 6,000 people

''In 2020, LAWDA had done more than 463 demolitions around the lake and in the last five years, we have registered 1000 FIRs against people who encroached on the lake and 124 vehicles were seized too,'' Bhat said.

Pollution is one more problem that the LAWDA is facing. While they are able to take out the plastic waste from people living on the lake, they have been time and again requesting people to be responsible and not throw plastic waste into the lake.

''There is a lot of sewage waste that comes out of the lake. Around 1 to 1.5 quintals of plastic is taken out on a daily basis from the people who live on the lake. We are daily taking out plastic waste which people throw while enjoying the beauty of the lake, although throwing waste into the lake has reduced to a lot of extent,'' he reported.

LAWDA has also established control rooms to monitor and supervise the de-weeding of the lake too.