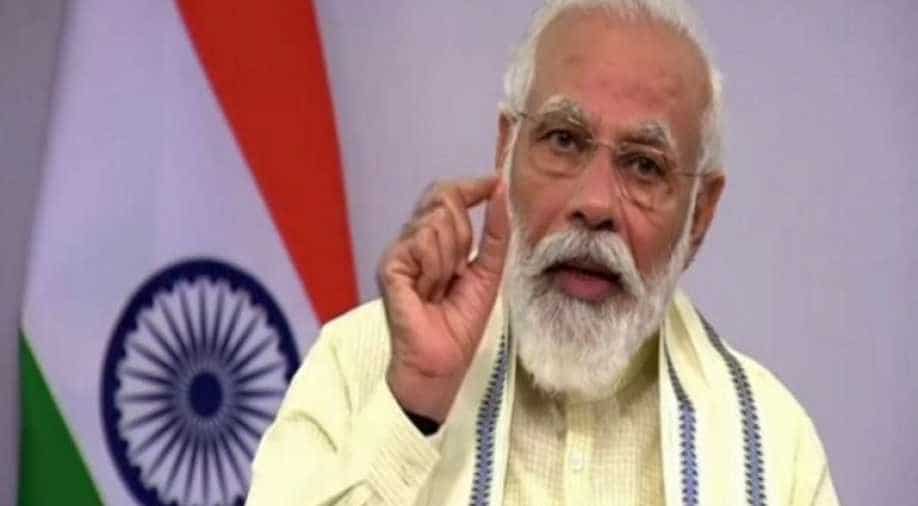 Also read: India bans 47 Chinese apps that were clones of the 59 apps banned in June

Quoting Mahatma Gandhi's philosophy of "service of humanity", PM said, "India is making development partnerships that are marked by respect, diversity, care for the future, and sustainable development. For India, the most fundamental principle in development cooperation is respecting our partners. This sharing of development lessons is our only motivation."

Also read: Names of soldiers killed in Galwan clash to be inscribed on National War Memorial

Giving examples of New Delhi's infrastructure development and capacity building in the region, he pointed out how India helped build Parliament building in Afghanistan, Mahatma Gandhi Convention Centre in Niger, housing project and emergency ambulance services in Sri Lanka, drinking water and sanitation in thirty-four islands of the Maldives, emergency and trauma hospital in Nepal and "oil pipeline project we are doing with Nepal will help ensure the availability of petroleum products".

He also elaborated on India's cricket diplomacy in the region by making "cricket popular in countries as diverse as Afghanistan and Guyana by helping build stadiums and other facilities."

He said, "We are excited to see the young Afghan cricket team trained in India emerge as a force to reckon with" and "We are now providing similar support to develop the talent of the Maldives cricket players."