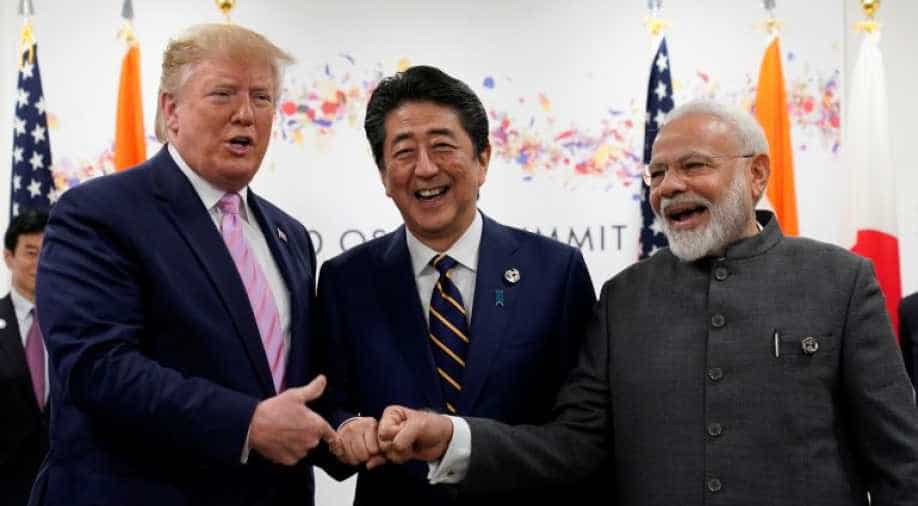 The two trilaterals - JAI - between Japan, America and India and RIC - between Russia, India, China showed how India is the common factor in the two groupings.

Even by diplomatic standards, the first day of the G20 Summit was not only hectic but showed how India was a sought after country at the event in Osaka.

The two trilaterals - JAI - between Japan, America, India and RIC - between Russia, India, China showed how India was the common factor in the two groupings.

The JAI meeting, that happened in the morning, saw PM Modi talking about the Indo Pacific region. PM said, " JAI means victory... we have a common interest on the Indo Pacific".

This is the second meet of JAI, the first happened in Argentina last year on the sidelines of the G20 summit.

RIC discussed global trading regimes and need for rules-based trading order and support for the WTO reforms while slamming protectionism. Remember, two members of the RIC, India and China, have faced Washington's heat on the trade issue.

With the Saudi Crown Prince, PM discussed the current situation in the Gulf.

Foreign Secretary Vijay Gokhale said, "They discussed the situation in the Gulf and the prime minister said that this could impact oil prices which is important for India. The PM appreciated the efforts by Saudi Arabia in ensuring oil supplies have remained stable and oil prices have remained predictable in the last few months".

The crown prince has invited the Indian PM for a conference in his country which will happen later this year. The Haj quota has also been increased for Indians from 170,000 to 200,000.

While with Merkel PM Modi discussed artificial intelligence and railway modernisation, with South Korea the focus was on improving visa regime between the two countries. South Korea has recently liberalized group visas for Indian tourists.