In a point-by-point rebuttal, Amit Shah takes on Congress in fiery speech after abrogation of Article 370 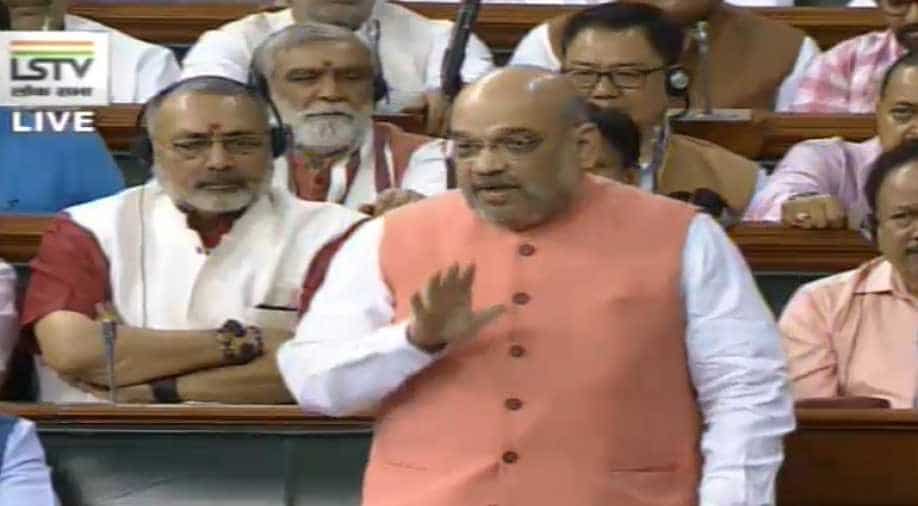 The article has brought nothing to the state but has increased terrorist activities and poverty in the state, Shah said in Lok Sabha.

Union Home Minister Amit Shah today in his reply to the debate on abrogation of Article 370 in Lok Sabha said that it was the root cause of terrorism in J&K and also creating doubts over J&K's relations with India.

"India will continue to claim Pakistan-occupied Kashmir. When normalcy returns to J&K, govt will have no hesitation in restoring its full statehood," said Shah.

The Bill was passed by the Lower House through a voice vote, with 367 being in favour and 67 against it.

What did you get from Article 370? The article has brought nothing to the state but has increased terrorist activities and poverty in the state. When the Article 370 is scrapped there will be development, there will be employment, Shah said in Lok Sabha.

“Article 370 is root cause of terrorism in Jammu and Kashmir. It allowed the terror networks to spread in the state,” Shah said replying to the debate.

Clarifying the doubts created by opposition leaders over Article 371 Home Minister said that Modi govt has no intention to remove Article 371 which gives certain special rights to some Northeast states.

Home Minister also pulled up Congress leader in Lok Sabha Adhir Ranjan Chowdhury for questioning the government how Jammu and Kashmir issue can be an "internal issue" if it is under United Nations' monitoring since 1948.

Talking about the bloodshed due to misuse of Article 370 Amit Shah said that more than 41 thousand people died due to this. Should we still follow this path. He further accused the opposition by saying the dynasties have used Article 370 for their benefit.