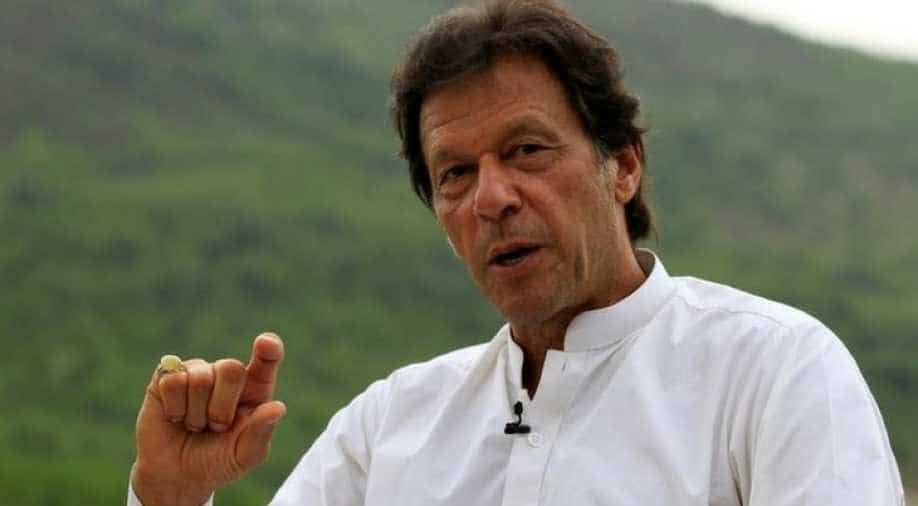 Former cricketer-turned-politician Imran Khan made a major blunder on Twitter on Monday, posting a rather bizarre information on what seemed to be about late CM of Tamil Nadu Jayalalithaa.

The Tehreek-e-Insaf chairman also mixed up the names - addressing the late CM as 'Shashikala', the correct name, of course, is Sasikala, currently lodged in a Karnataka prison in the disproportionate assets case.

Pakistan's former World Cup-winning captain said on his Twitter: "Shashikala, a famous South Indian actress turned politician in India's Tamil Nadu died recently & below her house were discovered gold reserves, jewels & an illegal stash of money! A msg to all  corrupt ldrs: the hoarded bns stolen from our impoverished masses will be left behind."

Former chief minister of Tamil Nadu Jayalalithaa died on 5 December in 2016 due to cardiac arrest.

Imran mistakenly named "Jayalalithaa" for "storing gold reserves, jewels, and an illegal stash of money" and also provided "pictures" of the scene.

One of the pictures posted by Imran Khan showing large stack of gold reserves. (Twitter)

The other picture shows 'illegal stash of money' which Khan claimed was found in the late CM's house. (Twitter)

He also posted this picture of heavy gold jewellery which Khan claims belonged to Jayalalithaa. (Twitter)

The pictures show massive amounts of gold bricks and jewellery stacked in what seems to be a shop or a basement. However, no proof of any "discovery" has ever been made of gold being stashed away either at Sasikala or Jayalalithaa's residence.

He further went on to call out 'all corrupt leaders' claiming that all this large amount of money "stolen" from the impoverished masses will be left behind.

Imran, however, discovered his mistake after over 30 minutes after which he removed the controversial tweet.