If Congress supports Shiv Sena in Maharashtra, they should do it for 5 years, says Deve Gowda 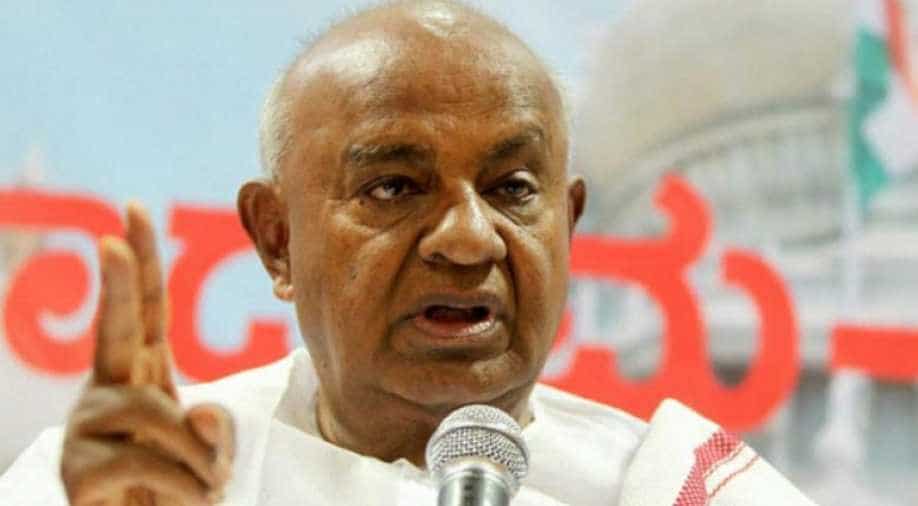 After BJP, which gained 105 seats in the Assembly polls, failed to form the government, Shiv Sena was asked by Maharashtra Governor Bhagat Singh Koshyari to express its ability for government formation.

Former Prime Minister and Janata Dal (Secular) chief HD Deve Gowda on Monday said that if the Congress party gives support to Shiv Sena then they should continue that for five years, only then people will trust them.

"If Congress gives support to Shiv Sena, they should not disturb it for the next five years, only then people will trust the Congress party," Gowda told ANI when he was asked about the political situation in Maharashtra.

"Bal Thackeray gave place to the BJP in Maharashtra, LK Advani and former Prime Minister Atal Bihari Vajpayee went to Balasaheb`s residence and requested him for seats in the state. Today the BJP overrode that and that is why Uddhav Thackeray has taken a stand that he will teach them a lesson. Now, it`s for Congress and NCP to put the BJP down," he said.

After BJP, which gained 105 seats in the Assembly polls, failed to form the government, Shiv Sena was asked by Maharashtra Governor Bhagat Singh Koshyari to express its ability for government formation.

On being asked about by-polls in Karnataka, Gowda said, "We have to see what decision is given by the Supreme Court." "If there are elections we are going to contest on all 15 seats. I cannot predict how many seats we are going to win but we are certainly going to give a good performance," he added.