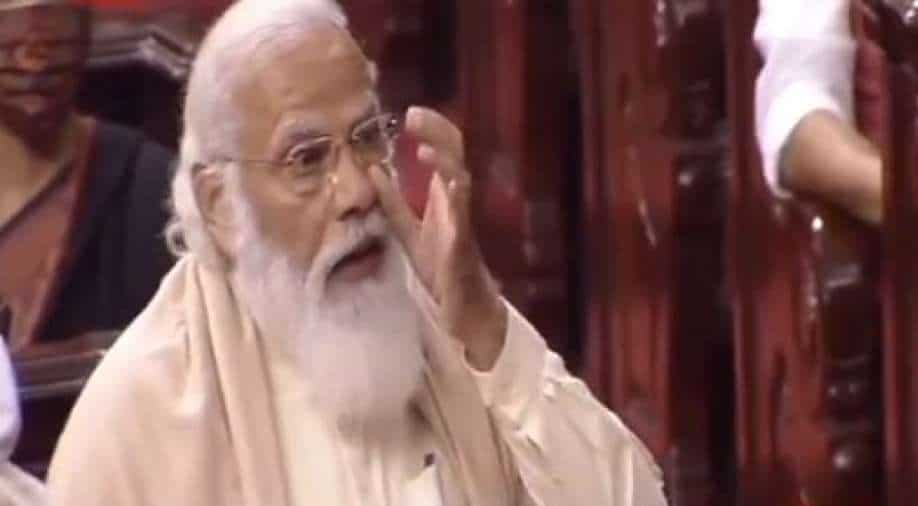 'Personally, I would want him to know that you are always welcome. I won't let you retire, PM Modi said while reminiscing an incident involving Congress leader Ghulam Nabi Azad during farewell to retiring members in Rajya Sabha.

India's Prime Minister Narendra Modi got emotional today while thanking Ghulam Nabi's contribution in Rajya Sabha, saying "the way he wants to do something for this country, it would never let him sit in peace."

"I am confident wherever he will be, the country will benefit from his experience. I once again thank him for his services," India's prime minister said, adding, "Personally, I would want him to know that you are always welcome. I won't let you retire."

"The doors of this hall and my heart is always open for you," PM Modi said on Ghulam Nabi Azad who is set to leave India's upper house of Parliament.

"I will never forget Shri Azad’s efforts and Shri Pranab Mukherjee’s efforts when people from Gujarat were stuck in Kashmir due to a terror attack. Ghulam Nabi was constantly following up, he sounded as concerned as if those stuck were his own family member," an emotional prime minister said while pointing at Azad.

"The person who will replace Ghulam Nabi will have difficulty matching his work because he was not only concerned about his party but also about the country and the House," the PM said, stating that, "It is a very emotional moment for me."

"We bid farewell to Rajya Sabha MPs who have played a vital role in the proceedings of the Rajya Sabha. I recall my numerous interactions with Shri Nazir Ahmed Laway and Shri Mohammad Fayaz. Their passion towards Jammu and Kashmir’s progress is noteworthy," PM Modi said.