I got a sense that a majority government will come to power again: PM Modi in joint press conference with Amit Shah 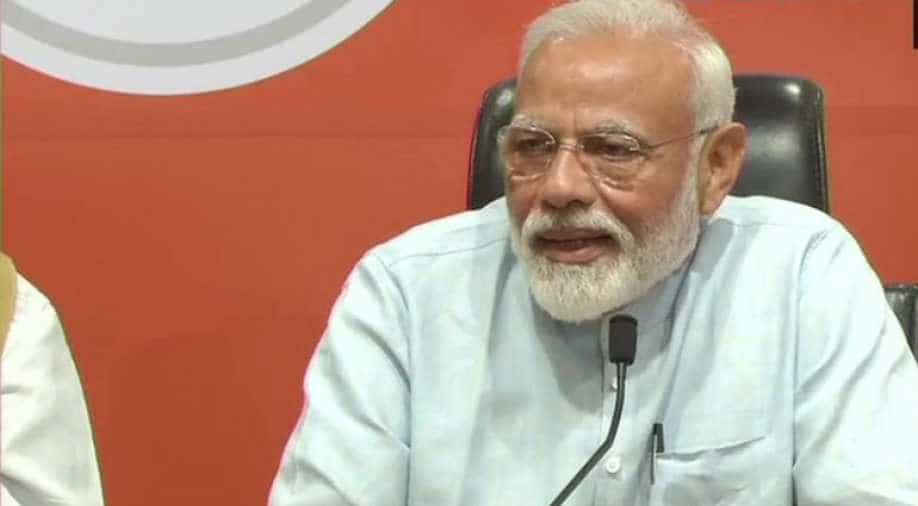 Last mile delivery has been our hallmark, which is unprecedented in India's governance, PM Modi said.

In his first major press conference as prime minister, Narendra Modi said he was confident of forming the next government as campaigning for the Lok Sabha elections came to an end on Friday.

I have come straight from Madhya Pradesh to meet you, PM Modi told reporters in his first press conference.

"In 2009 and 2014, IPL had to be shifted out of the country due to the elections but when the government is functioning properly then everything runs together whether it is the children's exams, Easter, Ramnavami, Ramadan and others," the PM said.

"There are somethings we can say proudly, we inspire the world with the world's biggest democracy," the prime minister said, adding,"India has the potential to influence the world."

"I thank the the people of the country," he said after a long and gruelling campaign criss-crossing the country.

"Despite our diversity the fact that we are able to conduct a successful election should make India proud," the prime minister said. "The campaign was great and very positive."

"Last time the results were declared on May 16th and on 17th the betting market got a shock because BJP had come to power. Earlier all the bets were placed in favour of the Congress but on 17th May everything changed."

"Last mile delivery has been our hallmark, which is unprecedented in India's governance," PM Modi said.

"Not a single rally in which I was involved was cancelled, this points to organizational power and discipline," he said.