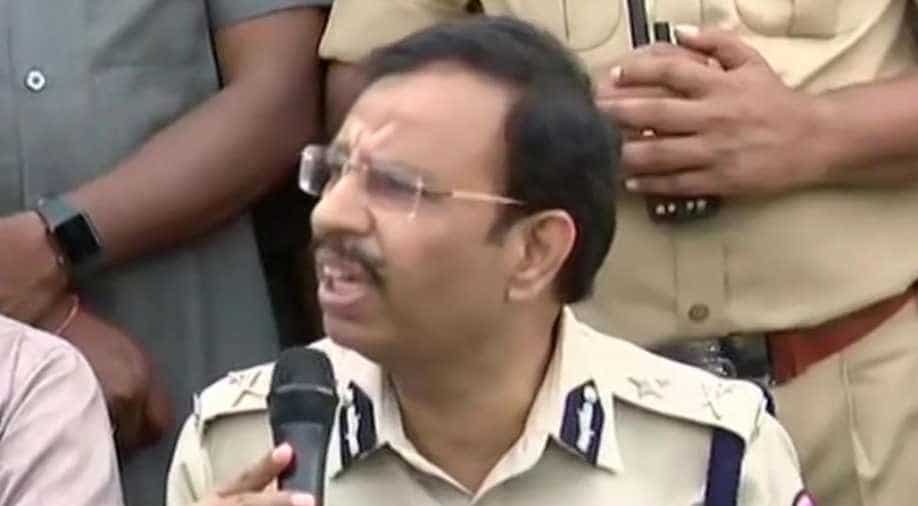 Cyberabad Police Commissioner V C Sajjanar told reporters that the Police had taken all the accused to the site of the crime for recreation where they tried to escape.

Telangana Police on Friday noon briefed the media after the Police killed, in an encounter on Friday, four people who were accused of the rape of a woman veterinarian.

Cyberabad Police Commissioner VC Sajjanar told reporters that the Police had taken the accused to the site of the crime for recreation where they tried to escape and fired at the officers.

"Officers had asked them to surrender, they fired at us," Sajjanar said.

He added that the accused were arrested under the charge of gang rape.

"They were interrogated and examined," he said, adding that "law has done its duty".

"I can only say that law has done its duty," he said.

Cyberabad CP, VC Sajjanar: We suspect that the accused were also involved in many other cases in Karnataka, investigation is on. https://t.co/CaVAXikdjo

Telangana police on Friday morning said that all the four people accused in the rape and murder of woman veterinarian in Telangana have been killed in an encounter with the police.

Sajjanar said the accused Mohammed Arif, Naveen, Shiva and Chennakeshavulu were killed in a Police encounter at Chatanpally, Shadnagar today in the wee hours, between 3 am and 6am.

Cyberabad CP, VC Sajjanar: There were around 10 police with the accused persons during the time of encounter. We have recovered the victim's cell phone here at the spot. pic.twitter.com/gM2Bgs5IQD

On November 27, a doctor was brutally gang-raped and killed by four persons before they burnt her body in Shahshabad area. The four accused were in judicial custody at Cherlapally Central jail in Hyderabad.

The Cyberabad police had arrested four men on November 29 in connection with their involvement in the rape and murder case.

The accused were identified as Mohammad Areef, Jollu Shiva, Jollu Naveen, and Chintakunta Chennakeshavulu. Mohammad Areef (25), who worked as a driver, was the prime accused in the case.

Meanwhile, the father of the woman veterinarian expressed his gratitude towards the police and the government after the news about the encounter broke out.