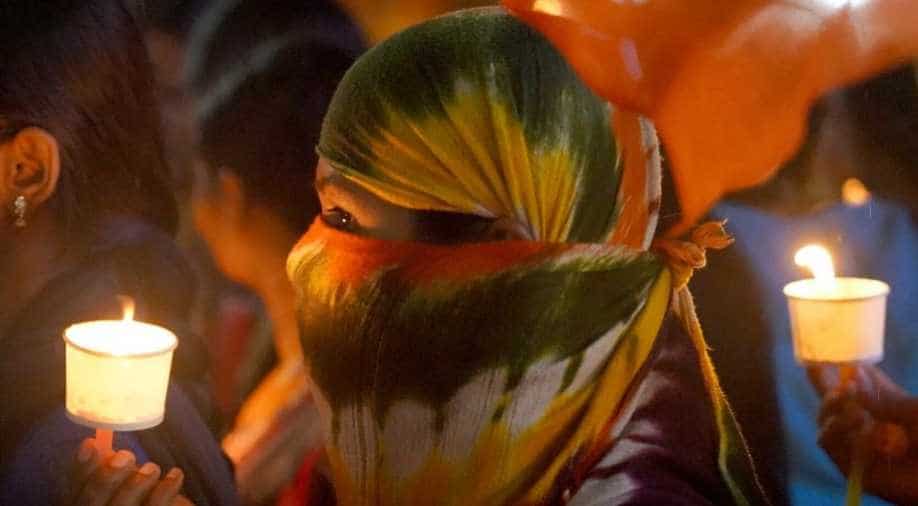 According to the police, the accused were shot dead when they tried to escape while being taken to the crime spot.

All four people accused in the rape and murder of a woman veterinarian in Telangana were killed in an encounter with police in wee hours of Friday.

According to the police, the accused were shot dead when they tried to escape while being taken to the crime spot.

Reacting to the reports of encounter, Nirbhaya's mother Asha Devi said she is "extremely happy" with the punishment and Telangana police "did a great job".

"I am extremely happy with this punishment. Police have done a great job and I demand that no action should be taken against the police personnel," news agency ANI quoted Devi as saying.

"I have been running from pillar to post for the last 7 years to get justice in Nirbhaya case. I appeal to the justice system of this country and the government, that Nirbhaya's culprits must be hanged to death, at the earliest," she also said.

Devi, whose daughter was brutally raped in the national capital in December 2012 and subsequently died, added that justice has been done in Telangana rape case.

On November 27,  a doctor was brutally gang-raped and killed by four persons before they burnt her body in Shahshabad area. The four accused were in judicial custody at Cherlapally Central jail in Hyderabad.

Meanwhile, the father of the woman veterinarian expressed his gratitude towards the police and the government after the news about the encounter broke out.