Hyderabad elderly couple and their mission to save lives 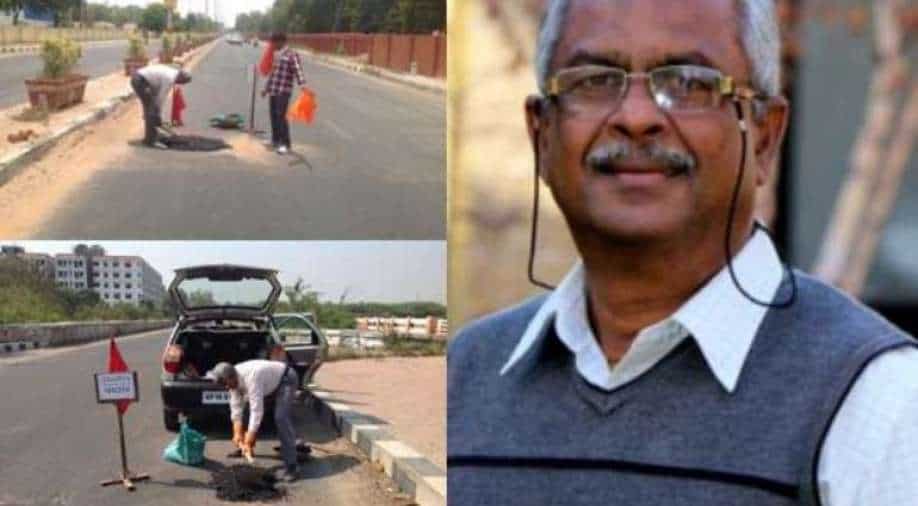 Over the past eleven years, this elderly couple filled up hundreds of potholes using a mixture of bitumen and aggregate

An elderly couple from southern India has gone above and beyond the call of duty to fulfil their civic duties.

Since almost eleven years ago, Gangadhar Tilak Katnam and his wife Venkateshwari Katnam have been using their savings to cover these accidental hazards.

Some years ago, Gangadhar Tilak Katnam, would complain to his local government and the police about potholes in the city roads, but to no avail.

Tilak says that the potholes caused many accidents. He kept trying to find an appropriate solution from the authorities, but when he was unable to do so, he filled them himself.

This elderly couple says that using a mixture of Bitumen and aggregate, they have filled up around two thousand potholes in the last eleven years. This has helped in preventing numerous accidents.

Also read | Staring at civil war: How bad is the situation in Afghanistan?

Venkateshwari Katnam, 64, and her husband, Tilak Katnam, 73, routinely fill potholes with their own money, using their pensions to do so.

Damage to roads, potholes, and stoney irregularities along flyovers and highways are common in the country, and they become even worse during the monsoon, when waterlogging covers the potholes, leaving riders unaware.