Staring at civil war: How bad is the situation in Afghanistan? 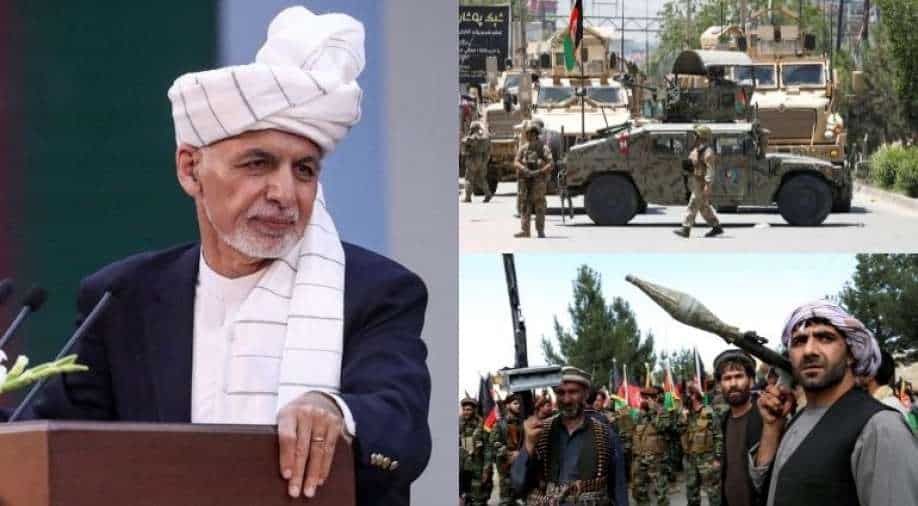 What began as a mission to dismantle Al-Qaeda's training camps in Afghanistan evolved over the years into a full-scale war against their Taliban hosts, triggering an insurgency that the US military's enormous firepower was unable to quell

Taliban fighters are advancing across Afghanistan, an offensive that has accelerated as US and NATO troops withdraw from the country after a 20-year-long war.

In the past week, the Taliban have overrun areas bordering five countries: Iran, Tajikistan, Turkmenistan, China, and Pakistan.

Never has the militant movement appeared so strong since being toppled by US forces two decades ago.

It has executed a string of offensives across Afghanistan, capturing fully or partially about 100 out of more than 400 districts at a dizzying rate since early May.

How bad is the situation, really?

Afghanistan can possibly be on a path to civil war, according to the head of Britain's armed forces.

Nick Carter, Britain's Chief of the Defence Staff, said it was "plausible" that the country's state would collapse without international forces there. He was speaking after it was announced that most British soldiers have left Afghanistan.

Afghanistan could see a situation like 1990s civil war "where you would see a culture of warlordism and you might see some of the important institutions like security forces fracturing along ethnic, or for that matter, tribal lines," Carter said. 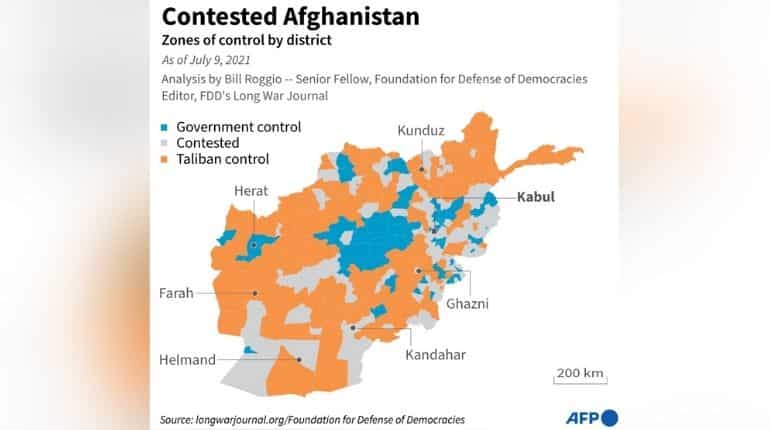 AFP MAP: Showing parts of Afghanistan currently under government control and territories under the influence of the Taliban

How did Afghanistan get here?

Started as a US-led offensive in the wake of the September 11, 2001 terror attacks, the war has claimed the lives of tens of thousands of Afghans. Around 2,400 US soldiers also died.

Trillions of dollars were squandered in what has largely been deemed a failed nation-building project.

Also see| In Pics | The return of Taliban in Afghanistan, and the US retreat

What began as a mission to dismantle Al-Qaeda's training camps in Afghanistan evolved over the years into a full-scale war against their Taliban hosts, triggering an insurgency that the US military's enormous firepower was unable to quell.

The killing of Al-Qaeda leader Osama Bin Laden in Pakistan in 2011 by US special forces renewed debate about the purpose of continuing the fight and eventually led to a failed effort to spur talks with the Taliban.

President Donald Trump's election spelled the beginning of the end for the American involvement in Afghanistan.

It culminated in a landmark withdrawal deal hammered out between Washington and the Taliban's leadership in February 2020 in Qatar.

The beginning of the end of US presence in the country came in April with Trump's successor Joe Biden announcing that remaining US troops would be pulled from the country ahead of the 20th anniversary of the September 11 attacks, prompting America's NATO allies to follow suit.

Is Afghanistan going back to square one?

The US departure leaves Afghanistan facing an uncertain future, with an increasingly confident Taliban appearing to set the stage for a military takeover, and another round of internecine civil war.

The international community blames the Taliban for stalling landmark peace talks with the Afghan government in Doha as they focused on positioning their troops for a military takeover instead of a political statement. 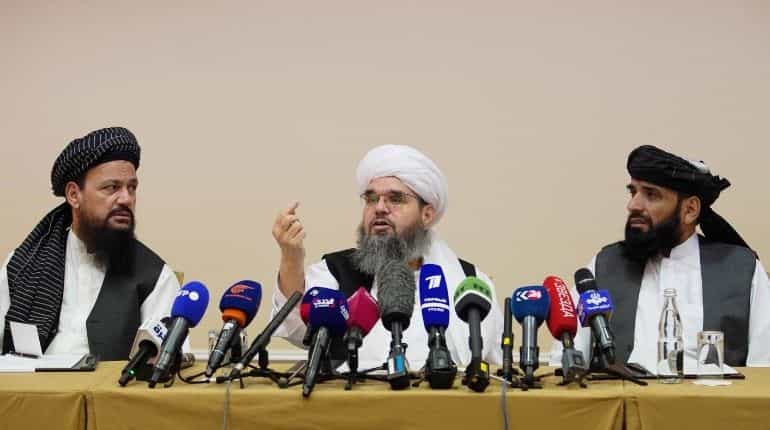 Afghanistan President Ashraf Ghani, known for his academic disposition and infamous temper, is said to be increasingly isolated at a moment when he is in desperate need of allies.

He has remained defiant despite mounting pressure on his government in the face of territorial losses.

Afghanistan's warlords may be waiting to make a comeback as the country's security forces increasingly look to militia groups to bolster their depleted ranks.

As the Taliban battered their way through the north in June, a call for national mobilisation was sounded, with thousands taking up arms in scenes reminiscent of the 1990s civil war.

Pakistan has backed the Taliban for decades and may finally be able to cash its chips in a future government the insurgents either participate in or lead.
Islamabad's major goal will focus on preventing arch-rival India from establishing any influence and posing a threat to its western border. Iran is also hedging its bets.
After nearly going to war with the Taliban in the 1990s, Tehran has engineered considerable clout over at least one major faction within the group.

It also retains links with warlords who fought the Taliban during the country's civil war.

The coming days will see these various permutations and combinations play out on the ground.

Biden and Trump claim to have stopped a never-ending war. That may be true for the US troops.

But for Afghanistan, a new war may just be starting.

This time, between brothers.