How Bhil tribe members are changing the course of their history 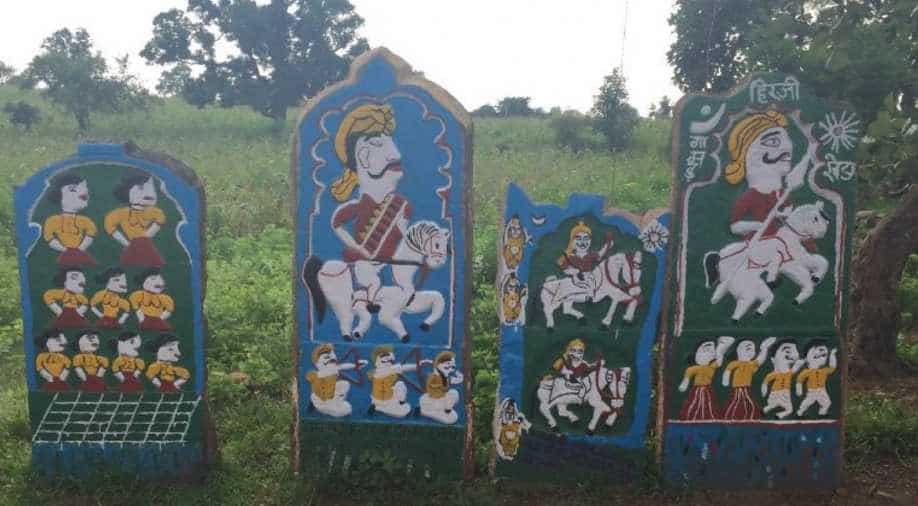 Underground Graffiti: A traditional stone painting called Gatala, erected when someone in the tribe loses their life at an early age, found in Bhil villages across Madhya Pradesh. Photograph:( Others )

All good things take time – and so they have, as the Bhils of Jhabua bear witness. Traditionally, a tribal population, the Bhils have settled across the hilly terrain of western Madhya Pradesh as the main populace for centuries now. A community left outside the realm of mainstream civilisation, thanks to the tense and often tremulous relationships they shared with the people in authority. Having been labelled guerrillas and vagrants by the British overlords and soon demons and savages by their Indian successors, the Bhils have spent decades fending for themselves, as they struggled to stake claim over their land, water and traditions.

Flanked by the borders of arid Rajasthan and industrious Gujarat on one side and the vast expanse of Madhya Pradesh on the other, the district of Jhabua has battled many a misfortune – unemployment, illiteracy, malnutrition - to name a few. Without opportunities to make their own decisions, the Bhils had come to believe that they were too backward and illiterate to think for themselves.

We are family: The large family of Maansingh bhai, leader of village Vikas Kendra, sitting outside their home in Dhawdipada village in Jhabua, Madhya Pradesh (Others)

Today, the Bhils are slowly making inroads into modern society due to the combined efforts of the community and the numerous NGOs working in the region. For over two decades now, Mahesh Sharmaji, founder and visionary behind the unique social movement that is Shivganga Samastha Gram Vikas Parishad (Shivganga), has travelled and lived amongst the Bhils.

This slow and steady march towards progress and prosperity is in itself a ‘social movement’. The community, with the help of NGOs like Shivganga, has learnt to identify their needs, unify their strengths and realise their goals. Self-help and self-reliance have become the motto of the community and protection of Mother Nature – their only collective asset – has become their primary goal.

On the edge: Sitting in Bhaji Dungra village in Madhya Pradesh, with Uchavaniya district of the state of Gujarat in the backdrop. (Others)

Years of exclusion has led the community to encourage open dialogue and look for solutions internally. For a population with an average literacy rate of 44.45 per cent - far lower among the tribal community of Bhils – innovative and creative tools of information dissemination and community mobilisations need to be devised. Mythology, lore and cultural devices, become the unique means of achieving extraordinary goals.

Protection and preservation of natural resources and traditions have been identified by the community as its main aim. Often the two are mingled into one broad objective that the Bhils sometimes defend passionately. When droughts became a yearly phenomenon and the government initiatives struggled to deliver timely results, Halma, the age-old (and dying) tribal tradition of community help, was resurrected. Again, NGOs like Shivganga worked to mobilise and train the tribal to come together in thousands and dig trenches to save water.

Bhagirath Katha, the tale of the great king Bhagiratha whose arduous penance brought River Ganga, and also peace and prosperity, to Earth, was used to inspire the Bhils on the importance of water conservation. Today, Halma has become a yearly event, started first in 2010, with over two thousand Bhils congregating over the hills every summer to dig trenches that would store the monsoons rains for the year.

The Bhils now devise unique ways to break free from the cycle of unemployment and poverty. Some households have taken up animal husbandry while others now indulge in rearing the world famous sable Kadaknath chickens, indigenous to Madhya Pradesh.

The rise in the number of motorbikes in the villages have encouraged the youths to learn mechanical repair work even as women set up petty shops to sell their handicrafts. Organic farming is gaining popularity as farmers wish to free their land from the harm caused by harsh chemical fertilizers.

Together we cry: A child cries for his mother in Chayanpachim village in Jhabua, Madhya Pradesh. (Others)

While such efforts have been far too many to count, spread across every sphere of the lives of the Bhils, their effects are only just being witnessed. The Bhils still live in extreme poverty, isolated from mainstream society without sufficient education or healthcare facilities. Social evils such as child marriage, dowry and casteism still prevail among the community.

While efforts are being made to enlighten the community about the harm of such customs, Sharmaji is quick to warn against the sanction of laws banning the tribe’s age-old customs – no matter how archaic and erroneous, as it will only cause anger and distrust, in an already isolated community.

In fact, efforts by authorities to promote tribal participation in local government structures and to conserve water bodies are yet to show the desired results as they have failed to inspire and include the tribe in the planning and decision-making process.

Labour of love: A reservoir built from scratch, through voluntary contributions, by members of Bhil tribes in Bhaji Doongra village, large enough to hold monsoon water for six months (Others)

Despite the slow nature of change, the developmental progress of the region due to continuous work of the government, NGOs and the community, cannot be denied. Contributions from large philanthropic organisations such as the Infosys Foundation too have had a momentous impact on the social and economic improvement of the tribal landscape.

Such is the nature of any great social movement - its influence is spread over decades of labour while integrating every member of the community in the stride towards prosperity. It may be too soon to dismiss the impact of the social movement orchestrated by the Bhils, but it’s never too late to help in whatever way one can. 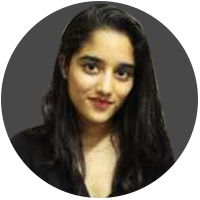 Nidhi Punmia is Research Associate at IFMR LEAD, Chennai. She is working on an initiative of USAID to provide digital payment solutions to ultra-poor illegal migrants in India.