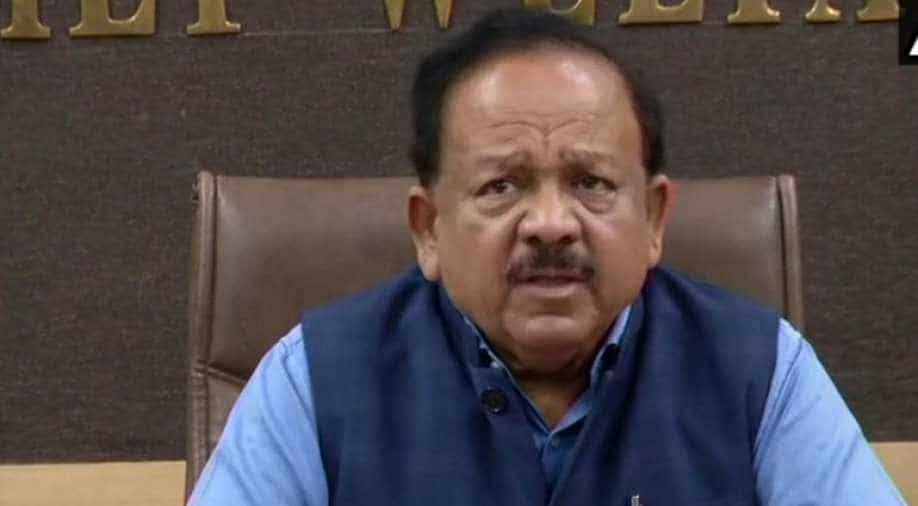 'It is not right to do politics over the COVID-19 situation in Delhi as it weakens the fight against the disease,' said Union Health Minister.

As the number of coronavirus cases are on a constant rise in the country, the political parties are now blaming each other for poor cooperation.

The accusation by the Delhi-origin party did not do well with the ruling party BJP. Union Health Minister Harsh Vardhan responded to the accusation saying, "it is not right to do politics over the COVID-19 situation in Delhi as it weakens the fight against the disease."

In a series of tweets, composed in Hindi, the Union Health Minister called this accusation a 'cheap media publicity stunt' and urged Delhi Health Minister Satyendra Jain to concentrate on strengthening health services in the national capital instead of making "baseless" allegations on a distinguished institute such as RML Hospital.

Few days ago, in a press conference in Delhi, AAP spokesperson Raghav Chadha claimed that the Delhi government had re-tested 30 samples from Ram Manohar Lohia (RML) Hospital which were declared COVID-19 positive, out of which 12 turned out to be negative, and two were inconclusive.

RML Hospital dismissed the accusation pointing out a gap of 7-14 days in the testing dates.

"We are doing quality checks with AIIMS and NCDC and the results are concordant. Our positivity is more as all hotspot cases, family clusters and high-risk contacts of lab confirmed cases are more in our screening centre. Also we do not have any backlog now. The problem existed earlier when adequate testing kits were not available," RML Hospital said in a statement.

AAP leader Raghav Chadha earlier alleged there was an error of 45 per cent in RML's coronavirus testing.