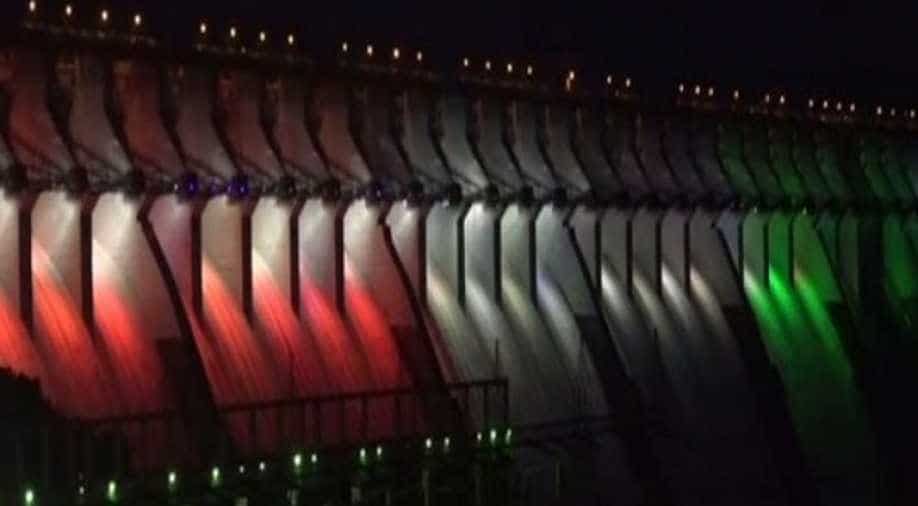 While Prime Minister Modi is celebrating his birthday in Gujarat, different events are being organised in parts of the country to mark the day

Ahead of Prime Minister Narendra Modi's arrival on his 69th birth anniversary, the entire Sardar Sarovar Dam at Kevadia in Narmada district of Gujarat was illuminated with bright coloured lighting on late Monday night.

The Prime Minister, who arrived in Ahmedabad on Monday, is scheduled to visit the dam on Tuesday morning.

Speaking to ANI about the Prime Minister's visit, a priest told ANI that he will also be performing 'pooja' at the Narmada river.

"We all are very excited about his visit. He will first perform aarti and pooja at Narmada river where he will perform all rituals to pay respect to the sacred river. This is for the fourth time I will make him perform pooja," the priest said.

Till late night Monday, several arrangements were being made to welcome Modi at the dam site. The entrance of the dam area is being decorated with flowers and other materials.

While Prime Minister Modi is celebrating his birthday in Gujarat, different events are being organised in parts of the country to mark the day.

In Andhra Pradesh`s Vijayawada, an exhibition to portray Prime Minister Modi's life was organised on Monday.

"Here we are showing a life sketch of PM Modi's life. All schemes of his government, which were delivered for the upliftment of poor and needy people of this country are being shown in the exhibition," an organiser said.

"Every unit of BJP will display this kind of exhibition in every Mandal of this country. BJP leaders will indulge in several welfare services like providing free medical and health checkup camp, going to hospitals, distributing fruits to patients, awareness on plastic ban, Swacch Bharat etc. The Prime Minister has dedicated his life to the nation," he added.

The BJP is celebrating Prime Minister Modi's birthday as 'Seva Saptah' starting September 14 to September 20. The party has announced that several social initiatives will be undertaken by the party leaders across the nation during this week-long period.