Government did not keep anyone in the dark over the death of 39 Indians in Mosul: Sushma Swaraj 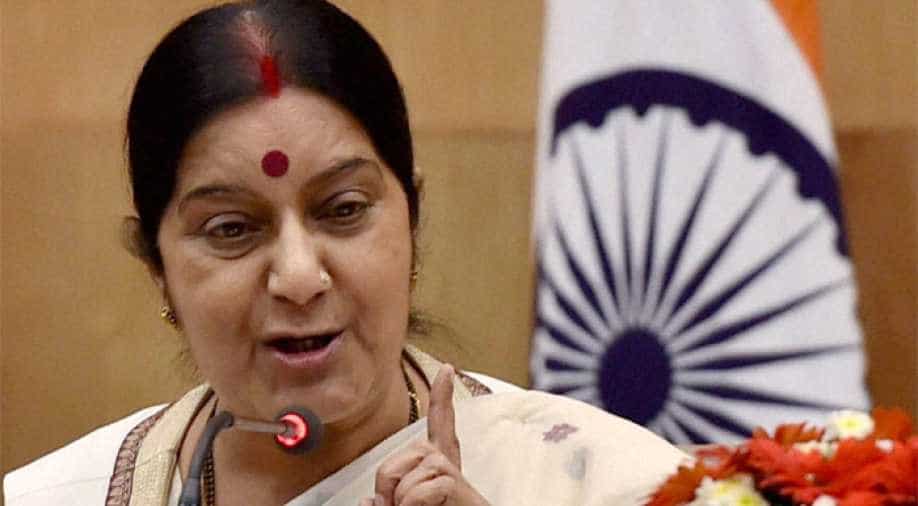 After informing Parliament on the deaths of 39 Indians in Mosul, Iraq, external affairs minister Sushma Swaraj told reporters that the bodies of Indians weren't found in mass graves but in a mound in Badush.

"The bodies were buried in a mound in Badush," Sushma Swaraj said at a press conference.

Sushma Swaraj criticised the Congress for "politicising" the issue, declaring that Congress's behaviour in Parliament "condemnable".

"Congress had resorted to "hungama" in Parliament, she said, while asserting that the Upper House of Parliament had heard her patiently.

"It was my duty to inform Parliament first," she said, adding that the Indian government did not want to declare the deaths of Indians in haste.

Earlier, as Sushma Swaraj announced in Parliament on the fate of the missing Indians who were allegedly abducted by the ISIS in Mosul, the Opposition protested alleging that the House was "misled" by the government, however, Minister of State for External Affairs VK Singh defended the government's decision in Parliament as the ruckus led the Speaker to adjourn the House till Wednesday.

"Of the 39 bodies, 27 were from Punjab and 4 belonged to Himachal, while 6 bodies belonged to Bihar, 1 body was from West Bengal," Sushma Swaraj told reporters.

"1 body is yet to be identified," she added.

"Long hair and a Sikh "kada" was recovered," the external affairs minister said while asserting that the government "did not keep anyone in the dark."

Sushma Swaraj informed reporters that minister of state for external affairs VK Singh would be going to Iraq to get the mortal remains of Indians in Mosul.