We were not told, only heard from Sushma speech in Parliament: Families of Indians killed in Iraq 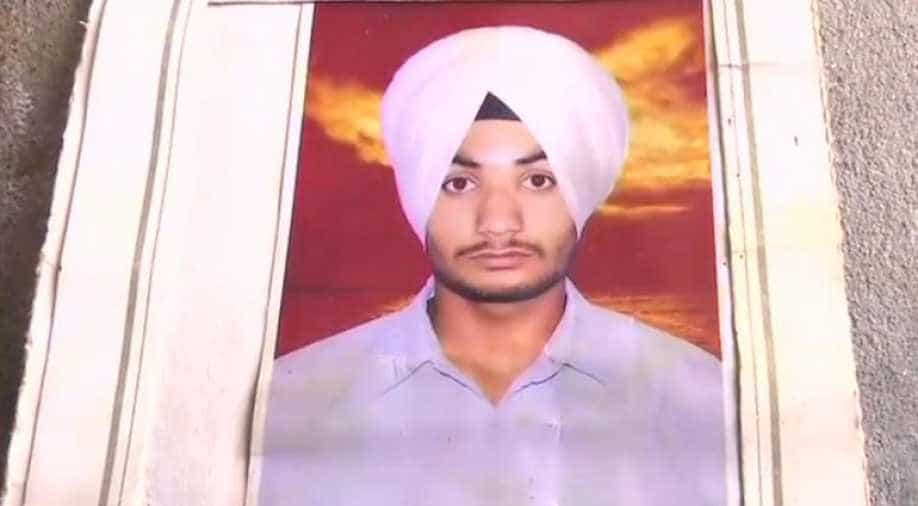 Gurpinder Kaur said her family first heard the news when external affairs minister Sushma Swaraj made the announcement in Parliament.

The sister of Manjinder Singh, who was among the 39 Indians killed by the Islamic State in Iraq, said today that the that no information was given to their family about the deaths by the government and they first heard the news when external affairs minister Sushma Swaraj made the announcement in Parliament.

Gurpinder Kaur also said that the external affairs ministry had been telling her that the Indians were alive for the last four years.

"For past four years, the External Affairs Ministry was telling me that they were alive, don't know what to believe anymore.I am waiting to speak with her, no information was given to us,we heard her statement she made in Parliament," Gurpinder Kaur, sister of Manjinder Singh, told ANI.

The brother of an Indian national who was killed in Iraq said that his DNA test was conducted two times but no information was provided.

We had got information that that my brother was abducted by terrorists, after that nothing was know about his whereabouts. My DNA test was done twice, but we received no information: Brother of an Indian national who was killed in Iraq's Mosul #Jalandhar pic.twitter.com/rouCGmxInt

The wife of another slain worker said that the government had always told them that the Indian nationals were alive.

My husband went to Iraq in 2011&I spoke to him last on 15 June'14. We were always told us that they were alive. We don't demand anything from the government: Manjeet Kaur wife of Davinder Singh, who was among 39 Indians killed in Iraq's Mosul #Jalandhar pic.twitter.com/Vq983kCkSb

Punjab Chief Minister Amarinder Singh said that the news should have been announced earlier since the government must have known about the deaths since earlier.

"We had expected this, it should have been announced earlier, it was known since much earlier," the Punjab chief minister said.

Congress leader Shashi Tharoor also questioned the reason for the delay in the announcement of the news. He said the government should not have given "high hopes" to the families of the Indians.

"This is saddening for every Indian, rest I would ask why was this information delayed by the government, they should tell how it happened, when they died. Also, the way govt gave high hopes to the families was not right," Shashi Tharoor said.

Minister of State for External Affairs General VK Singh, however, said that the opposition was taking things the wrong way. He said seeing the situation in Iraq, the chances of the Indians being alive seemed bleak.

"It is the job of the opposition to take things the wrong way. I do not want to say anything about it," VK Singh said, adding that legal procedures were undeway and might take eight to 10 days.

"There was hope, but then seeing the situation there chances of them being alive seemed slim. Legal procedures are underway there and might take eight to 10 days, we are waiting for them to complete."

General VK Singh also said that "different news was coming from different angles" which is why an effort was made to verify facts before going there and consequently DNA matching was done. He said that the external affairs minister had stated earlier that until there was strong proof of the deaths, she would not inform the house.

"Different news came from different angles, hence an effort was made to verify facts by going there, then DNA matching was done. External Affairs Minister had earlier stated that until there is strong proof of their death she will not inform the house: MoS MEA, VK Singh on death of 39 Indians in Mosul