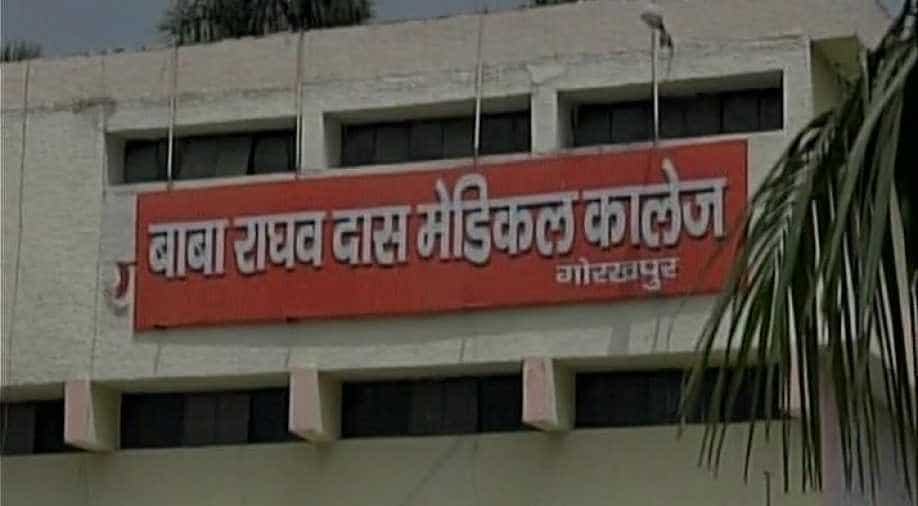 Between 333 and 360 patients have been hospitalised over the last four days, The Indian Express reported, citing hospital records. ||The number of deaths vary from 12 to 20 each day

Nineteen children have reportedly died at the Baba Raghav Das (BRD) Medical College in Uttar Pradesh's Gorakhpur in the last 24 hours. Sixty-nine deaths have occurred at the hospital since October 7, two months after mass deaths of infants from the same hospital led to widespread shock and condemnation.

Between 333 and 360 patients have been hospitalised over the last four days, The Indian Express reported, citing hospital records. The number of deaths vary from 12 to 20 each day.

The 19 children who have died in the last 24 hours include 13 new born infants, and six others suffering from Acute Encephalitis Syndrome, BRD Medical College principal PK Singh told The Indian Express.

The principal said that most of the deaths in the neonatal wing were because of illnesses like pneumonia, septicemia and asphyxia.

"There are 118 children admitted at NICU at present, of which 13 died due to different medical reasons," BK Singh was quoted as saying.

The principal said that of the 333 patients admitted in the pediatric ward, 109 children were suffering from Acute Encephalitis Syndrome.

He added that a large number of newborns in critical condition had come to the hospital from far-off places.

A total of 60 deaths occurred at the Baba Raghav Das Medical College in five days - from August 7 to August 11.

Media reports and accounts of a few parents had held the disruption in oxygen supply accountable for the deaths.

Hospital officials have, however, claimed that alternative supplies had been found, and blamed many of the deaths instead on the encephalitis and unspecified issues related to the delivery of the infants born in the neo-natal ward.

A total of 290 children have died at the BRD Medical College between August 1 and August 28, DNA reported earlier.

The former principal of the medical college, the doctor in-charge of the particular ward and the supplier of liquid oxygen to the hospital have already been arrested.