Geeta, who was rescued from Pakistan, pays tribute to Sushma Swaraj in sign language 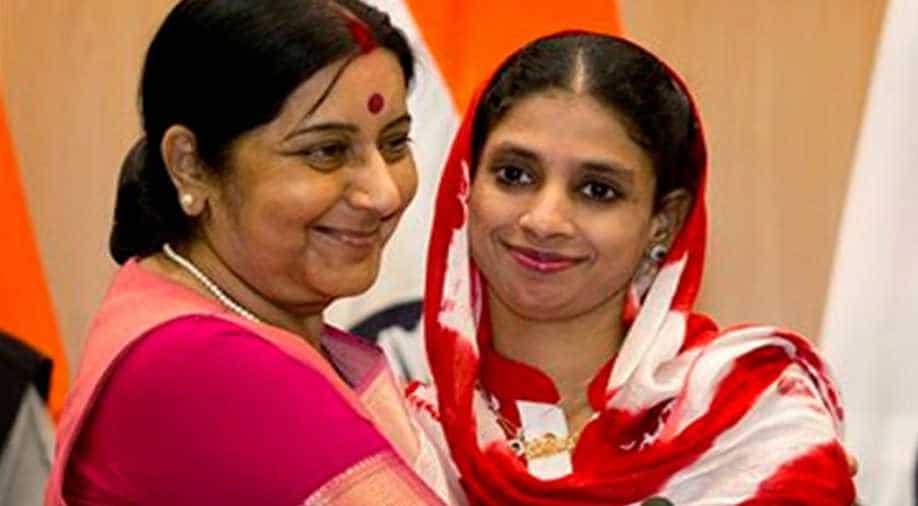 Sushma Swaraj had been a guardian figure to Geeta who has not been able to find her family so far.

Geeta, the hearing and speech impaired woman who returned to India in 2015 after being stranded in Pakistan for several years, paid a moving tribute to Sushma Swaraj on Wednesday.

The former External Affairs Minister was instrumental in getting the woman back to India. Swaraj had been a guardian figure to the woman who has not been able to find her family so far.

Paying her tributes in sign language, Geeta said that with Swaraj's demise she had lost a "mother figure".

#WATCH Indore: Geeta, the Indian girl who was brought back from Pakistan in 2015 when late Sushma Swaraj was External Affairs Minister, pays tribute. #MadhyaPradesh pic.twitter.com/OtksbYMpff

Her interpreter and administrator in Indore's Deaf Bilingual Academy, Monika Punjabi, said that they felt great shock at the passing away of Swaraj."Swaraj used to regard Geeta as her daughter.

Now Geeta hopes that the government will help her in a similar way Swaraj has helped her in the past," Monika said. Known as a great orator and a leader with a humane touch, Sushma Swaraj breathed her last on late Tuesday night after a massive cardiac arrest. She was 67.

Swaraj was appointed foreign minister in the first term of Modi government in 2014. She opted out of the 2019 Lok Sabha elections citing health reasons.