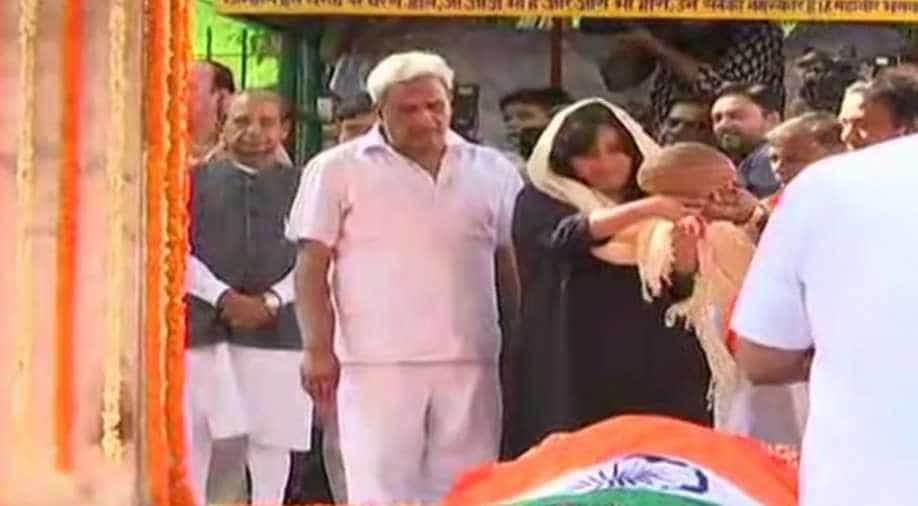 Bansuri Swaraj, daughter of Sushma Swaraj performed the last rites before the mortal remains of the BJP veteran was laid to rest. Earlier, the mortal remains of Swaraj was kept in BJP headquarters where President Ram Nath Kovind and BJP leaders including Prime Minister Narendra Modi paid an emotional tribute to the veteran BJP leader.

Hours before her demise, Swaraj in a tweet congratulated Modi on Article 370 victory and said '' I was waiting to see this day in my lifetime''.