From the country's tallest leaders to the common man, all mourned her loss and condoled her sudden demise. Social media was flooded with posts in her memory.

Prime Minister Narendra Modi took to Twitter on late Tuesday night and, in a series of tweets, condoled her sudden demise.

"A glorious chapter in Indian politics comes to an end. India grieves the demise of a remarkable leader who devoted her life to public service and bettering lives of the poor. Sushma Swaraj Ji was one of her kind, who was a source of inspiration for crores of people," his tweet read.

Tribute to Sushma Swaraj, the towering figure in world of diplomacy

The Prime Minister called her an "excellent administrator", "prolific orator" and an "outstanding Parliamentarian" who "worked tirelessly" even when her health was not good.

"Sushma Ji’s demise is a personal loss. She will be remembered fondly for everything that she’s done for India. My thoughts are with her family, supporters and admirers in this very unfortunate hour. Om Shanti," the prime minister posted. 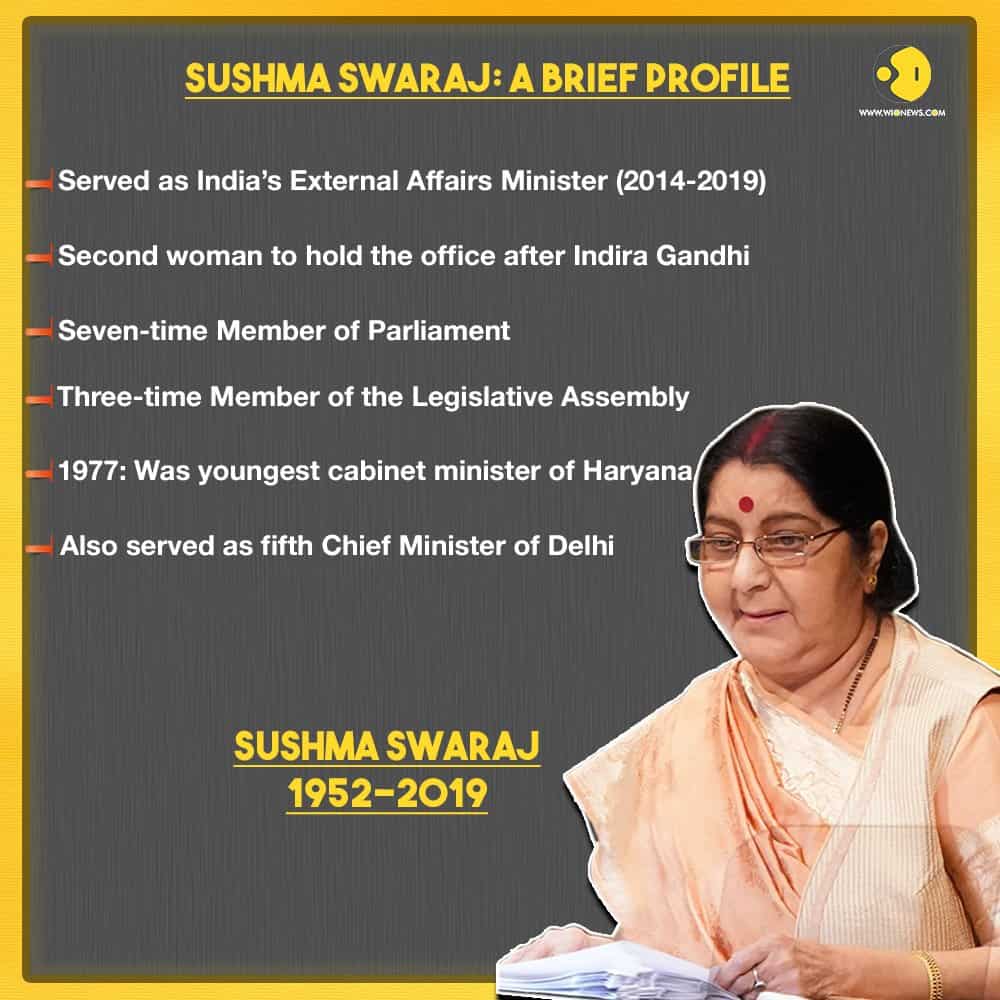 Clad in white kurta-pyjama, PM Modi bore a sombre look on his face, paid his tribute to the 'Iron Lady' and went on to express his condolences to the Swaraj family.

He held on to Sushma's husband Swaraj Kaushal's hand and listened to him patiently.

Swaraj was appointed the foreign minister in the first term of Modi government in 2014.
She opted out of the 2019 Lok Sabha elections citing health reasons.