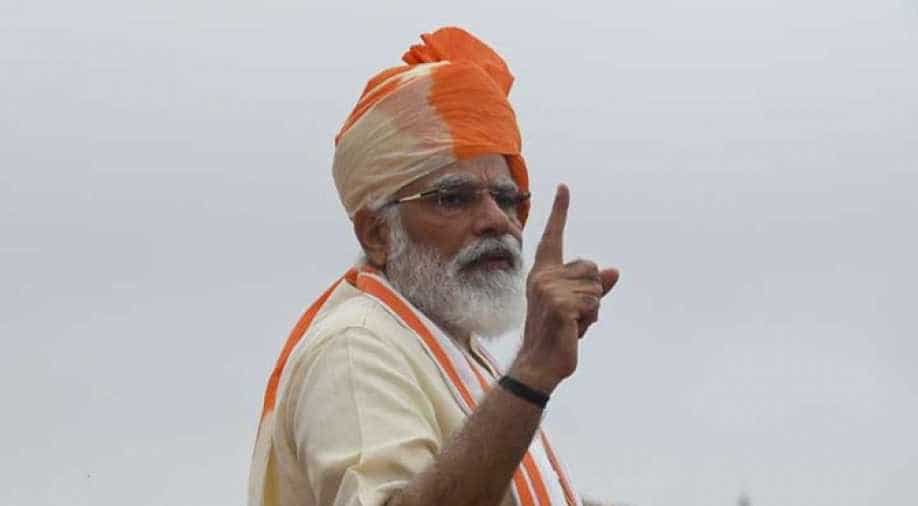 In his 87-minute-long address to the nation on India's 74th Independence Day, PM Modi hailed the freedom fighters who fought for the country, and the security forces who daily strive to protect it from the enemy nations.

Prime Minister Narendra Modi on Saturday said the respect for India's sovereignty is supreme and that the Indian Army has responded -- 'from the LoC to the LAC' -- to whoever has attacked it.

In his 87-minute-long address to the nation on India's 74th Independence Day, PM Modi hailed the freedom fighters who fought for the country, and the security forces who daily strive to protect it from the enemy nations.

"Respect for India's sovereignty is supreme for us. What our brave soldiers can do for this resolution, what the country can do, the world has seen in Ladakh," PM Modi said, in an apparent reference to a violent clash in the Galwan Valley on June 15 in which as many as 20 Indian soldiers and an unknown number of Chinese People`s Liberation Army (PLA) were killed.

He added, "From LoC (Line of Control) to LAC (Line of Actual Control), whenever India has been challenged, our soldiers have given a fitting response in a language they understand."

The prime minister, however, did not mention either Pakistan or China in his speech.

PM Modi said India is connecting its relations with its neighbours, whether they are connected to it on land or from the sea, with the partnership of security, development and trust.

Noting that one-fourth of the world's population lives in South Asia, the prime minister said we can create untold possibilities of development and prosperity of such a large population with cooperation and participation.

"All the leaders of the countries of this region have an important responsibility towards the development and progress of this huge mass group."

As much as India's efforts are for peace and harmony, PM Modi said the more commitment it has for its security and to make its Army stronger.

"India is also fully equipped for self-sufficiency in defence production," he added.

The Independence Day function, this year, is relatively muted in terms of participation of people in view of the coronavirus pandemic.