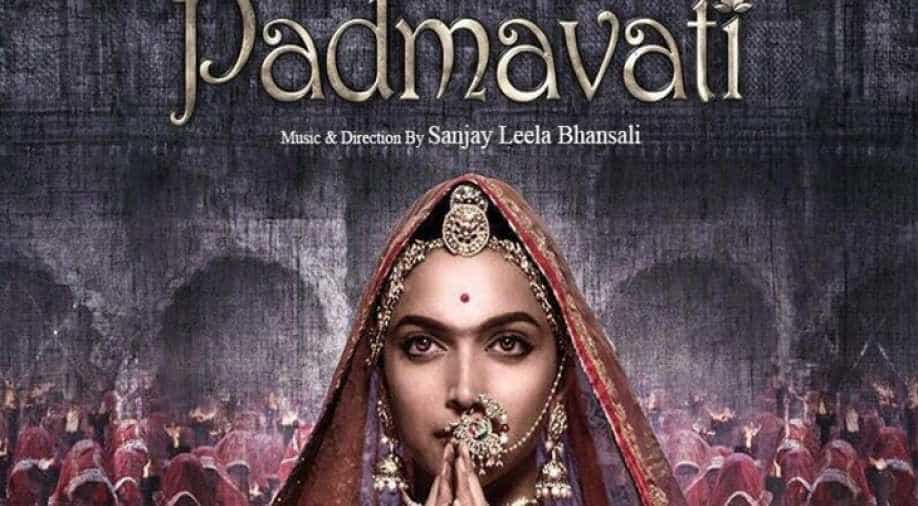 Mr Vaghela said one cannot tamper with historical facts and present them as per one's wishes to get "cheap publicity".? Photograph:( Twitter )

Former Congress leader Shankersinh Vaghela has demanded a pre-release screening of movie "Padmavati" for Hindu and Kshatriya community leaders to check whether facts have been distorted in the film and warned of violent protests if its makers failed to do so.

"As the movie is expected to be released on December 1, I want Bhansali to first show it to Hindu as well as Kshatriya leaders as people suspect that some facts have been distorted and presented in a wrong way in the movie," the Kshatriya strongman told reporters in Ahmedabad on Wednesday.

The film, directed by Sanjay Leela Bhansali and starring Deepika Padukone, Ranveer Singh and Shahid Kapoor, is scheduled for release on December 1.

Mr Vaghela said one cannot tamper with historical facts and present them as per one's wishes to get "cheap publicity".

"If the movie is released without pre-screening, Gujarat will witness violent protests and law and order may go out of control. I apologise to the cinema owners in advance if people take law into their hands," the former Gujarat chief minister said.

Mr Vaghela quit the Congress after the Rajya Sabha polls in August and launched a new front, Jan Vikalp, which would field its candidates on all the 182 seats in Gujarat, where assembly elections will be held in December in two phases.

The upcoming movie had earlier run into controversy after the Rajasthan-based Rajput community group Karni Sena raised objections over depictions in the movie, claiming that history was being distorted.

Earlier this year, Mr Bhansali was attacked by Karni Sena members during the shooting of the film in Rajasthan.

They also threatened to oppose the screening of the movie in theaters if the facts were distorted.