Foreign airlines could benefit from governments nod to in-flight internet 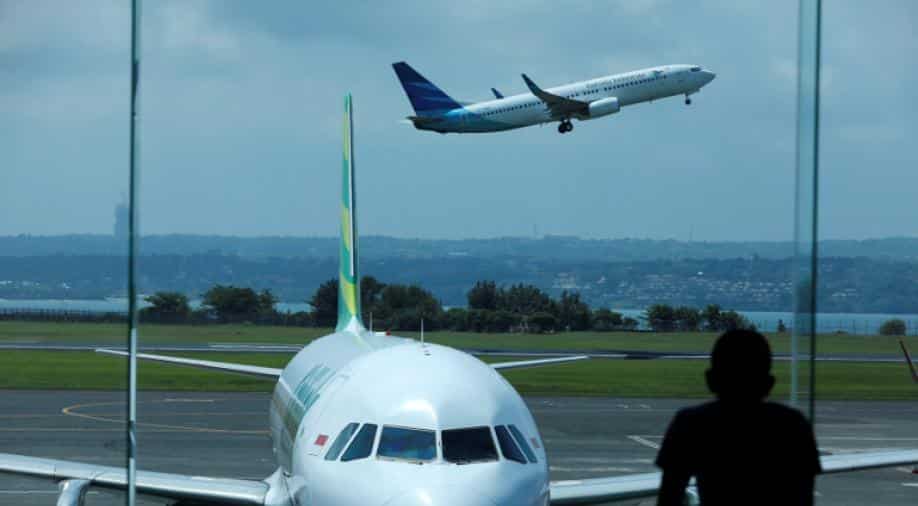 Dutch aviation consulting firm To70 and the Aviation Safety Network both reported Monday there were no commercial passenger jet fatalities in 2017. Photograph:( Reuters )

Foreign airlines could be the immediate beneficiaries of the government's recent nod to onboard voice and data connectivity as the domestic players were not yet equipped for internet services, according to an aviation consultancy firm.

Meanwhile, a global airline IT solution major feels the price point for domestic flights in India offering the voice and data services "will need to be appropriate".

Aviation consultancy firm Centre for Asia Pacific (CAPA) said foreign carriers will be the first to offer onboard connectivity in Indian airspace as domestic carriers were not yet equipped for wifi.

In a statement, the CAPA suggested that Indian carriers were expected to implement WiFi on international services in due course, particularly long-haul flights.

On the other hand, SITA ONAIR, which has been part of public consultations conducted by TRAI and offers in-flight connectivity to over 30 major airlines globally, told PTI that airlines today see connectivity as an essential element and over 91 percent of the airlines worldwide are investing on in-flight wireless services.

On the pricing issue, it said a lot depended on a number of factors including how the airline wished to monetise the services and said it is keen to work with the Indian airlines once the rules are in place.

SITA ONAIR's comments were sought against the backdrop of some industry insiders apprehending that such services could prove expensive especially for low-cost airlines and passengers given the cost involved in putting up the equipment.

"In India, for domestic flights, clearly the price point will need to be appropriate. There is no use, generalised position. But it is clear that these services will increasingly be demanded by passengers," SITA ONAIR General Counsel Oliver Drennan said.

It is also important to note that airline business models to increase ancillary revenue through in-flight services will determine to price, Drennan said.

"These models open up new ways for airlines to engage with their passengers with relevant, personalised content. They also create the potential for third-party partnerships to develop new marketing programmes and sponsorship opportunities that can contribute to reducing pricing options for passengers," Drennan said.

He quoted a SITA ONAIR study for 2017 saying that 91 percent of the carriers worldwide were targeting investment in wireless in-flight services at present for passengers.

To a question on the tariff charged by airlines abroad for providing such services, Drennan said it depended entirely on what the airline wishes to achieve.

"Some airlines offer the service free of charge - at least to some passengers. Others offer an initial session free or at nominal cost and then make a charge to passengers wishing to benefit more fully from the service -this is the same approach as you might find in a hotel room or other public hotspot," he said.

According to the CAPA, airlines in India were yet to establish a viable business case for offering WiFi on domestic services given the expenditure involved and passenger propensity to pay on short sectors within India.

But the Telecom Commission's approval last week for providing voice and data connectivity has created a buzz in the aviation sector especially among the air passengers planning a domestic or flying abroad, analysts said.

Making a strong case for in-flight connectivity during the consultation process, SITA ONAIR, in its submission to TRAI last year had said that connectivity over Indian airspace will offer a seamless experience to airline passengers flying over the country.

"SITA ONAIR's internet and mobile services are not available in foreign aircraft when crossing Indian airspace. As the route of many of our airline customers such as Aeroflot, Singapore Airlines, Emirates, Etihad, Qatar Airways, Philippines Airlines, Saudi Airlines, Thai Airways cross Indian airspace, this has a significant impact on passenger experience -- passengers cannot use the services during their journey," it said.