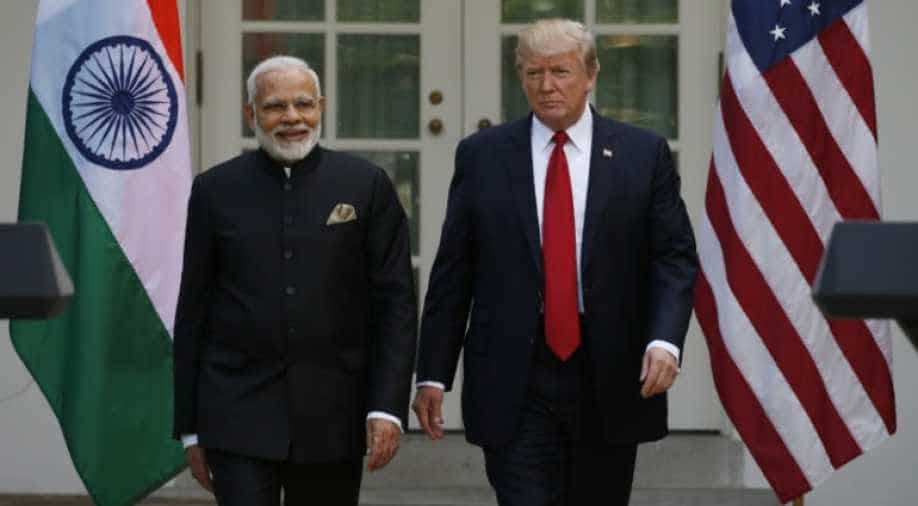 'Both the leaders are likely to spend around 36 hours together during Trump's visit,' Ministry of External Affairs spokesperson Raveesh Kumar said.

Kumar gave out the tentative itinerary of Trump's India visit, explaining that his trip will broadly have three segments, starting from the Gujarati city of Ahmedabad and ending in the national capital.

"It is US President's first visit to India, it will be a standalone visit," Kumar said.

Kumar added that the visit will showcase the renewed intensity of interactions between the two leaders.

Also read: Trump's 36 hours in India will be 'brief but intense'

"Both the leaders are likely to spend around 36 hours together during Trump's visit," Kumar said.

According to the MEA briefing, the US president will reach Ahmedabad on February 24 and at noon he will head to the Motera stadium for the Namaste Trump event.

Raveesh Kumar, MEA: The 'Namaste Trump' event is being organised by the Donald Trump Nagrik Abhinandan Samiti. The Samiti is taking all decisions on whom to invite. pic.twitter.com/v0qxiHFWHL

"The event is going to be similar to the 'Howdy Modi'," said Kumar. The event took place in Houston, Texas last year in the honour of PM Modi's visit to the United States.

Kumar added that Trump will receive a welcome which will highlight India's rich and diverse culture.

"As many as 28 stages will be set up to showcase the diverse culture from India's various states," Kumar stated.

There is a mega roadshow in place for Trump's welcome.

According to the tentative plan, the US president will emplane for Agra at around 15.30 pm IST. He sill spend a couple of hours in Agra after which he will leave for Delhi around 18.30 pm.

"The Delhi leg of Trump's visit will be the main day of engagements," Kumar said.

Trump will get a ceremonial reception at 10 am in Delhi followed by him paying respects at the samadhi of Mahatma Gandhi. Delegation level talks will with Prime Minister Narendra Modi at Hyderabad House will come next followed by the exchange of MoUs and the press statement.

MEA: US President Trump will land in Ahmedabad around noon, from there he will go to Motera Stadium to address the 'Namaste Trump' event. The route from the airport to the stadium, we expect a large no. of people will line-up. https://t.co/ZgFJQr0sZU

Defence, counter-terrorism, trade, people-to-people connect are some issues that are likely to be tabled during the talks between the two leaders.