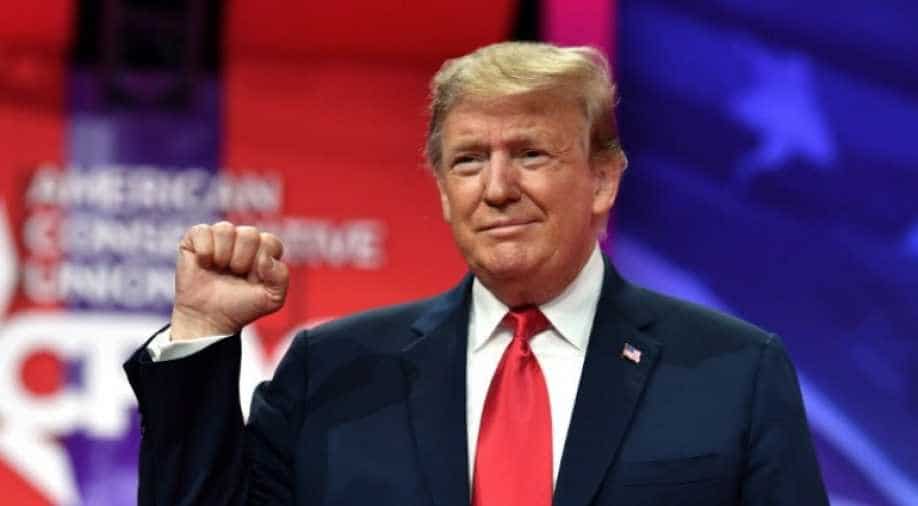 The US president retweeted WION's video that showcased the many details of the royal welcome that he will be given on his two-day trip to India next week.

US President Donald Trump on Wednesday retweeted WION's report on his upcoming visit to India.

The US president retweeted WION's video that showcased the many details of the royal welcome that he will be given on his two-day trip to India next week.

In less than a week, India will be hosting US President Donald Trump who will be accompanied by First Lady Melania Trump.

A 22-kilometre long roadshow is planned for his royal welcome in Gujarat's Ahmedabad. New Delhi is leaving no stone unturned to ensure that the Trumps get a royal welcome. Rs 120 crore is being spent for a 3-hour visit of Trump to Ahmedabad. That's Rs 1.5 crore a minute that the US president spends in the Gujarati city.

In pics: As India prepares for Trump visit, Sabarmati Ashram gets makeover

Reports suggest a 10-member all-women team led by an IPS officer will assist Melania during her stay. They have been instructed on cyber monitoring and security aspects. They have been told to wear trousers and blazers instead of the traditional khaki.

#NamasteTrump | A 22-kilometre long roadshow is planned in Ahmedabad to welcome the United States President @realDonaldTrump on February 24@PriyankaSh25 has all the details! pic.twitter.com/8gOOoWchr6

Trump and Melania will also visit the Taj Mahal on February 24 before reaching New Delhi for a series of official meetings a day later.

Trump will also inaugurate the world's largest cricket stadium which is nearing completion in Ahmedabad. The Motera Stadium will seat over one lakh people.