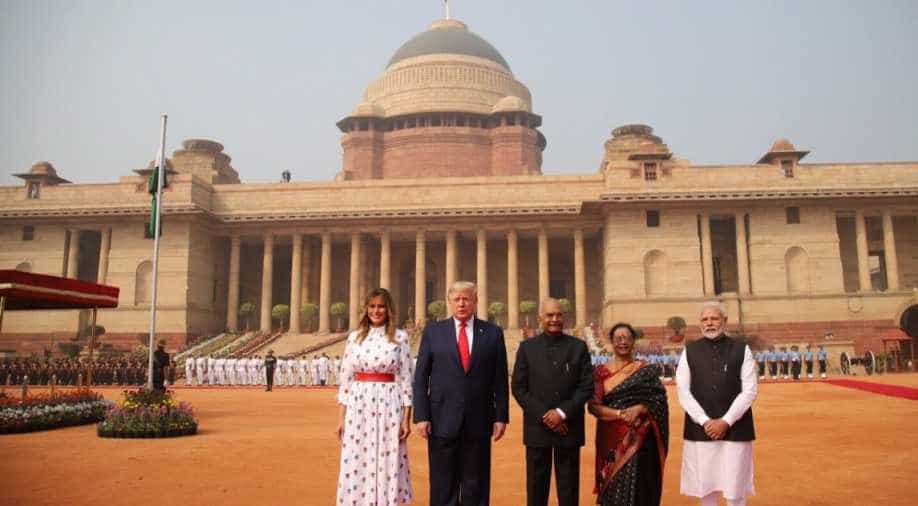 Massive crowds, enthusiastic statements and cheerful dances and songs were the highlights of Donald Trump's first day of India visit. The leaders of both nations PM Modi and Trump greatly praised each other and stressed on strong Indo-US ties. Trump spoke on defence, terrorism and a lot more. So here are the takeaways from day one of Trump's India trip.

Addressing a huge rally at Motera stadium, Trump said that the US is keen on selling India with some of the best and most feared military equipment. He also said that a 3 billion USD defence deal would be signed tomorrow.

Trump also said that both countries are committed to fighting terrorism, adding that his administration is working with Pakistan to crack down on terror groups. "The United States and India are also firmly united in our iron-clad resolve to defend our citizens from the threat of radical Islamic terrorism," Trump said. He also said that both countries have suffered the pain and turmoil caused by terrorism.

Before starting his visit, Washington said that the trade deal is will not be signed during the US president's visit. Some comments from the US also suggested that trade tensions are not likely to ease anytime soon. However, during his speech, Trump said that both the US and India are in the early stages of discussion on the trade deal to reduce investment barriers. Trump hoped that US and India could pull off a "fantastic trade" deal. He also described PM Modi as "tough negotiator".

Trump greatly praised PM Modi and described him as "tremendously successful leader". He also said that India is a "miracle of a democracy" and a "tale of astounding progress". PM Modi, in his speech, drew parallels between India US, saying the former taking pride in 'Statue of Liberty' and India in 'Statue of Unity'. Remembering his 'Howdi Modi' event, PM Modi said now India is welcoming Trump with 'Namaste Trump'. PM also raised slogans of "Long live, India-US relations".

Trump's visit to India once again highlighted that even though both nations have trade and other important issues that need immediate attention, still personal relations between both Trump and Modi remain untouched.

Trump recognised PM Modi's humble beginnings and described him as a "living proof" that through hard work and devotion, Indians could achieve anything. Trump also lauded Modi for making significant reforms in the country. PM Modi also referred to Trump as "my friend, India's friend".

Before the visit too, Trump told reporters that the US is not treated well by India but he likes PM Modi a lot.