First look: Deepika Padukone as queen of Chittor in 'Padmavati' 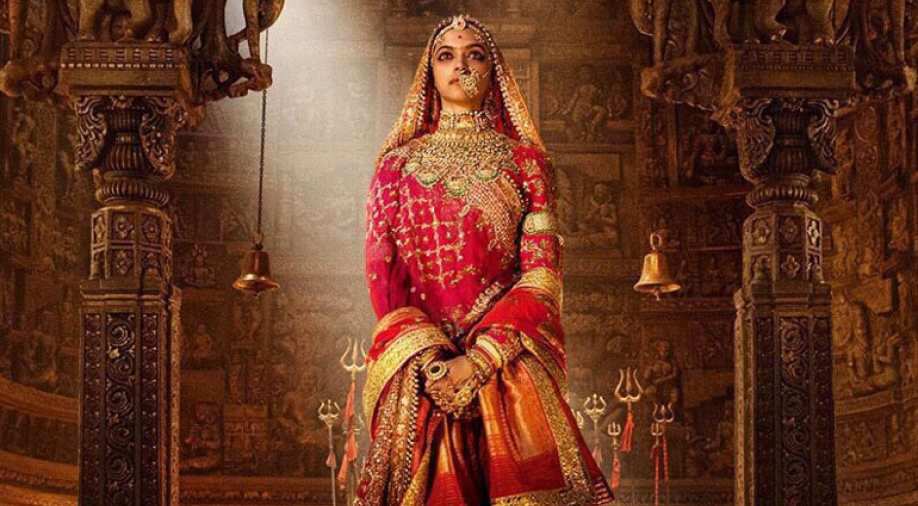 The film is a fictionised account of the life of Rani Padmini, a legendary queen mentioned in the epic poem 'Padmavat'. Photograph:( WION )

The first poster of Sanjay Leela Bhansali's much-awaited movie "Padmavati", starring Deepika Padukone in the titular role, was out on Thursday.

The two posters show Deepika wearing a red royal dress with heavy Rajasthani jewellery and minimal make-up. She sports an extravagant lehenga with traditional zardozi work, in a symbolic "Tree of Life" style. The dupatta drape also follows the traditional styling pattern, still in practice in the Mewar belt of Rajasthan.

Her costumes have been designed by Delhi-based designers Rimple and Harpreet Narula. The designers created her look after studying Jaipur and Calico museums, various old textiles, old murals and miniature paintings.

After 2015's "Bajirao Mastani", Deepika plays a royal for the second time.

Her look as a Rajasthani royal is, however, quite different from her previous one as a Muslim warrior queen.

The poster has been revealed, coincidentally, on the first day of Devi puja which heralds the beginning of the Navratri festival in India.

In "Padmavati", Deepika plays Rani Padmavati while Shahid plays her husband, Raja Rawal Ratan Singh. Ranveer Singh, who plays Alauddin Khilji, will be seen in a dark role on the silver screen for the first time.

The upcoming Indian period drama has been jointly produced by Bhansali Productions and Viacom 18 Motion Pictures.