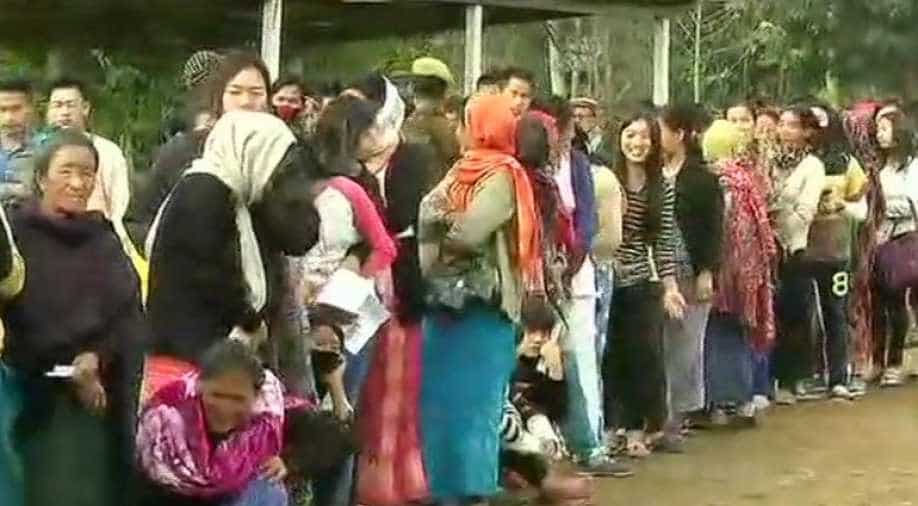 Two exit polls today predicted that the BJP will dethrone the Left front from power in Tripura.

According to the exit polls, the BJP will also consolidate its position in two other northeastern states of Meghalaya and Nagaland.

JanKiBaat-NewsX has predicted that the BJP-IPFT alliance in Tripura will win 35-45 seats with a vote share of 51 per cent.

In Meghalaya where the Congress is in power, the JanKiBaat-NewsX exit poll shows that the National People's Party (NPP) is set to gain with 23-27 seats while the BJP will get 8-12 seats, with vote shares of 39 and 12 per cent respectively. The Congress is predicted to win 13-17 seats with a voteshare of 21 per cent and others are likely to get 2 to 6 seats.

In Meghalaya, the CVoter exit poll predicts a close finish, with the Congress likely to get 13-19 seats and the NPP 17 to 23 seats, with vote shares of 36.5 and 29.4 per cent respectively.

In Nagaland, the exit poll claimed a victory for the NDPP-BJP which is likely to get 25-31 seats with 38.4 per cent vote share and the NPF likely to bag 19-25 seats with a vote share of 27.1 per cent.

Each of the three states has a 60-member assembly and a party would need 31 seats to get a clear majority.

The results for the three states would be out on March 3.

While Tripura went to polls last Sunday last, voting was held in Meghalaya and Nagaland today.