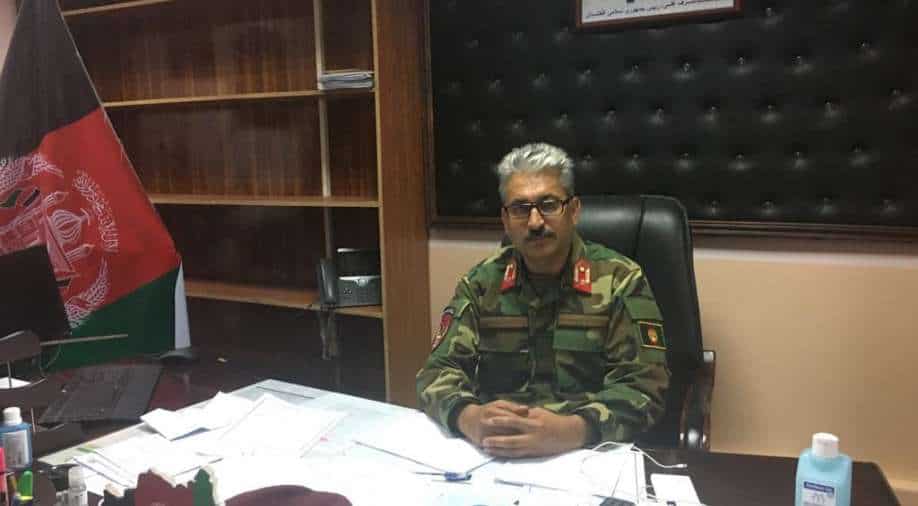 General Mir Asadullah Kohistani, the new commander of the Bagram airfield has said that his forces are getting ready for an offensive against the Taliban even as the militants make rapid advances in the country.

Speaking to our Principal Diplomatic Correspondent Sidhant Sibal, Asadullah spoke on Americans leaving Bagram without any information. He said, "We had done the initial plan and coordinated but on Friday morning, we heard that US troops had left Bagram. We were not aware about it."

Bagram airfield was the largest US military base in Afghanistan and a symbol of American presence in the country.

WION: What is the current situation at the Bagram airfield?

General Mir Asadullah Kohistani: Right now, the situation is completely normal. All our troops are deployed inside and outside. Our patrol is going on, we don't have any problem so far.

WION: Americans never informed you that they are leaving?

Gen. Mir Asadullah Kohistani: We had done the initial plan and coordinated with them regarding deployment and safety and security out of Bagram.

We completed it on Thursday night but on Friday morning we heard that US troops had left Bagram. We were not aware about it. I think this is because of the phased departure they did not inform us for their safety and took their own security measures.

They did not inform us but the main point was everyone understood that all the Afghan National Army units were secure and there is no threat from outside or inside in Bagram.

WION: Have you reached out to the Americans on reasons why they left like this?

WION: What is the current situation related to advances by the Taliban? Will Kabul fall?

General Mir Asadullah Kohistani: Everybody knows we are involved in four decades of war. We fully understand we will take back all the area which is economically and strategically important.