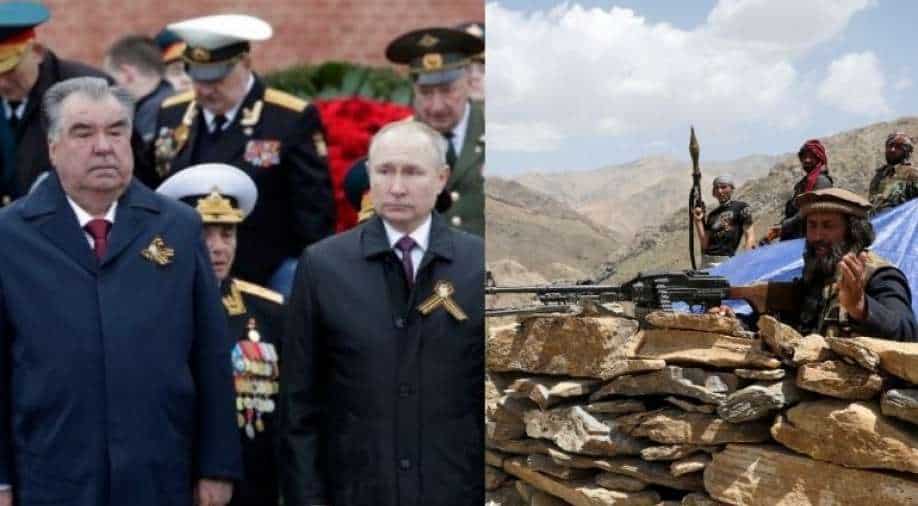 Last week the US forces had handed over the Bagram airbase after nearly 20 years to the Afghan forces as the Taliban continued its rapid advance through the north.

As Afghan troops prepared their counterattack in the north after the Taliban's rapid advance in the area, Russian President Vladimir Putin spoke to Tajik President Emomali Rakhmon assuring help to the former Soviet republic.

Reports said on Monday that at least 1,000 Afghan government soldiers had crossed over to Tajikistan while losing ground to the Taliban.

Russia already operates a military base in Tajikistan. On Tuesday, Russian forces fired air-to-surface missiles during a training exercise amid reports of Taliban gaining territories along the area.

Last month the Taliban had seized a vital border crossing along the Tajikistan border as US troops continued their pullout from Afghanistan.

The Kremlin said Russia is prepared to help Tajikistan stabilise the border area "both directly and through a regional security bloc", if needed.

"The situation there is rather tense because according to some sources, up to 70% of the Tajik-Afghan border is now controlled by the Taliban," Russia's Interfax news agency quoted Russia's deputy foreign minister Andrei Rudenko as saying.

Last week the US forces had handed over the Bagram airbase after nearly 20 years to the Afghan forces as they continued their pullout from the region even as the Taliban continued its rapid advance through the north which was not its traditional stronghold.

As Afghan troops flooded into Tajikistan, President Emomali Rakhmon ordered mobilisation of 20,000 reserve troops on Monday to strengthen the border between Tajikistan and Afghanistan.

Russia had said on Monday that it was closing its consulate in Mazar-i-Sharif located near the border with Uzbekistan due to security reasons.

TASS news agency quoted Russia's envoy to Afghanistan, Zamir Kabulov, saying that "The situation is changing rapidly. The Afghan forces, as they say, have abandoned too many districts. This logically creates nervousness."