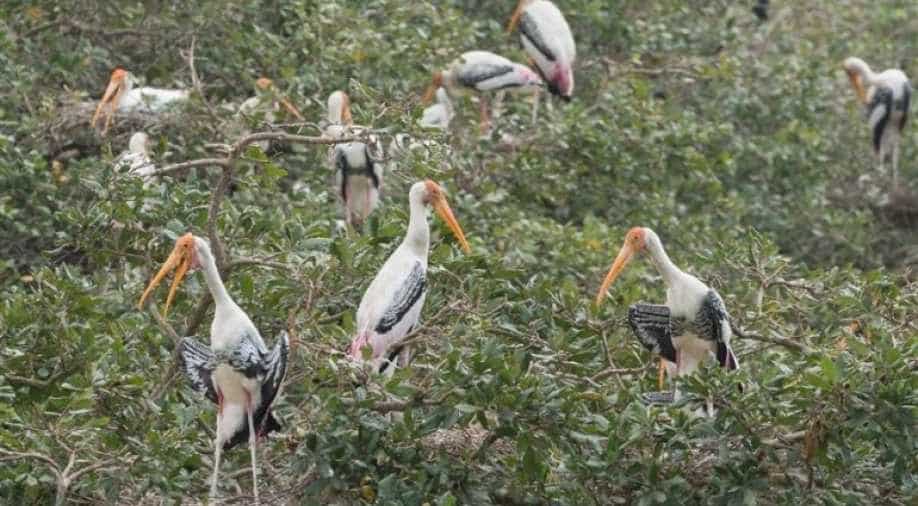 Controversy erupted in recent weeks after there were reports about a Tamil Nadu Government application that was pending before the National Board for Wildlife.

Environmentalists and activists have lashed out at the Tamil Nadu government’s proposal to denotify Vedanthangal, a popular bird sanctuary-cum-wetland that is located in the Chengalpattu district, nearly 100kms away from Chennai.

In a virtual press conference, the experts emphasised the need to protect water bodies and such diverse ecosystems, failing which irreparable damage could be caused. It must also be noted that a plea which seeks the court’s intervention to scrap the denotification and help in protecting the sanctuary is pending in the Madras High Court.

M. Yuvan, of Madras Naturalists Society, says that Vedanthangal has been protected for centuries by the local population and later it got legal protection as a 'sanctuary' as well, adding that it is a towering example of ecological conservation in India. The bird droppings enrich and nourish and nearby agricultural lands and the farmers protect the sanctuary and the birds. Vedanthangal translated to -- a lake protected from hunters.

Controversy erupted in recent weeks after there were reports about a Tamil Nadu Government application that was pending before the National Board for Wildlife. The application, if approved, would would reduce the boundary of the tank from the existing 5km to 3km. This reduction of 2km would mean that nearly 50 square kilometers of the tank is out of the protection of the sanctuary.

Conservationists and bird enthusiasts say that 40,000-70,000 birds visit the sanctuary every year and they return with more than double that number after breeding. The sanctuary and its vicinity are made up of more than 80 interconnected lakes. While the 5km area within the sanctuary is only a nesting place, many birds fly a distance of even 30kms from the sanctuary to find food. Thus, raising demands for not just the sanctuary, but also several kilometers outside its boundaries to be declared protected, eco-sensitive zones.

According to environmentalists, the proposed denotification would work in favor of a few hazardous industries that are operating in the area. This includes a pharma company that is currently said to be operating illegally within the sanctuary limits. While the State Pollution Control Board and Forest Department have given a clean chit to the factory, it is said that the local villagers allege that pollutants are being emitted from the factory, which are affecting surface and ground water in the region.

“On inspection we learnt that Sun Pharma and two other Red category industries are in the vicinity of the sanctuary. The locals are struggling, foam and black water has badly deteriorated the condition of the coconut and mango trees in the region. Forest department is not permitted construction of toilets, petty shops or homes for the locals, but they permit red category industries which harm the people and the birds,” Yuvan pointed out.

In recent days, the relevant authorities in Tamil Nadu had issued press releases stating that the reports on de-notification were false. The releases also added that the current proposal was in line with Government Of India Guidelines which required States to demarcate all protected areas into Core, Buffer and Eco-Sensitive Zone(ESZ).

Contrary to the State government’s claim, activists pointed out that there is no directive issued by the central government to demarcate core, buffer and ESZ within sanctuaries. Core and Buffer zones apply only to tiger reserves, and Eco-Sensitive Zones are meant to be demarcated only outside a sanctuary and not within its boundary.

“De-notification is a serious matter, which requires the clearance of the State Wildlife Board, the national board and then also the Supreme Court. In this case, the State Board’s consent was not taken in a meeting, it was done without discussion and debate. It is not the forest department’s job to worry about the industry, they need to protect wildlife. Chennai’s biggest worry is water shortage and it is suicidal to de-notify the Sanctuary” said Prerna Singh Bindra, former member, National Board for Wildlife said.

Environmentalist Nityanand Jayaraman said that even if the de-notification proposal was scrapped, the forest department must be held accountable for allowing a factory to operate in the sensitive zone. “Forest department is colluding with industries and speaking on behalf of commercial operators, there must be an enquiry against them and the factories at the highest levels," he added.

When WION asked about the possible reasons why the factory wanted to expand its facility, Jayaraman said, “Sun Pharma might not be procuring new tracts of land, but is expanding within their existing site, which is situated 3.72kms from the tank boundary. Rather than moving to another location and re-building, they would prefer to remain near Vedanthangal as it is just 1.5kms away from the arterial Grand Southern Trunk road”.

Environmentalists hope that the National Board for Wildlife takes a favorable view of the environment and ecological heritage that we have been gifted by our forefathers. Dr Ritesh Kumar, Director, South Asia, Wetlands International says that it is in the best interest of all stakeholders to level up their conservation efforts. “An aquatic system is connected to land and waterscape. When the inflowing water us disturbed, wetlands would degrade on their own. By regulating the activities, the ecological integrity in the sanctuary and its surrounding areas must be maintained.”