This lady made Ranveer Singh wear a skirt on Women's Day! 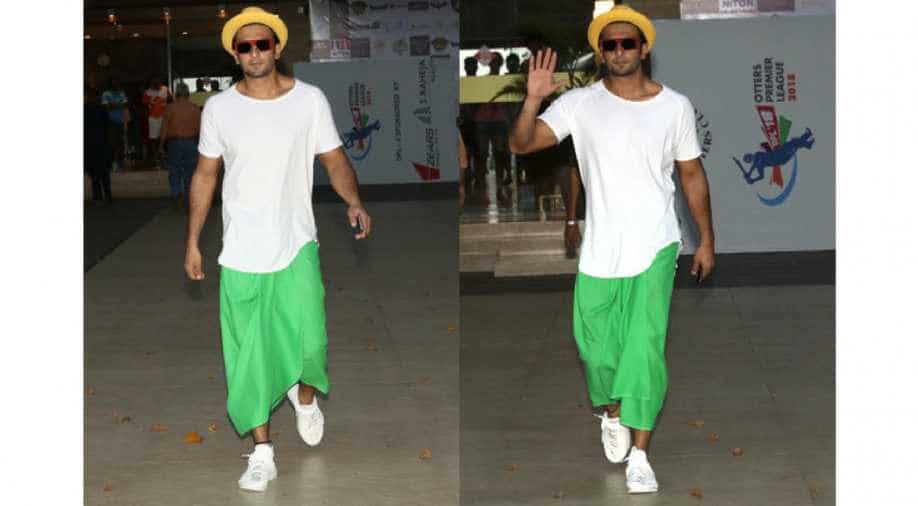 When it comes to sartorial choices, Bollywood actor Ranveer Singh never ceases to amaze with his bold colour options, velvet suits, jazzy prints and what not.

On International Women's Day, Ranveer was spotted wearing a parrot green skirt-lungi paired with a white shirt when walking out of Otters Club in Mumbai last evening and our head started spinning but the reason behind him picking the dress is quite noble.

The Padmavat actor revealed that he was asked by his upcoming film Gully Boy's director, Zoya Akhtar to wear a skirt to celebrate the International Women's Day.

Not just Ranveer but Zoya insisted that the entire crew of the film don skirts at any public outing on the day.

Ranveer made this declaration while talking with Priyanka Chopra over a live Instagram story.

Priyanka who is currently busy shooting Quantico in New York was seen in a jolly mood while she interacted with fans on the live video. Priyanka tweeted out details of her conversation with Ranveer where she mentioned his reason for wearing the skirt.