'Rustom' uniform row: Twinkle Khanna to auction only costume, without medals or badges 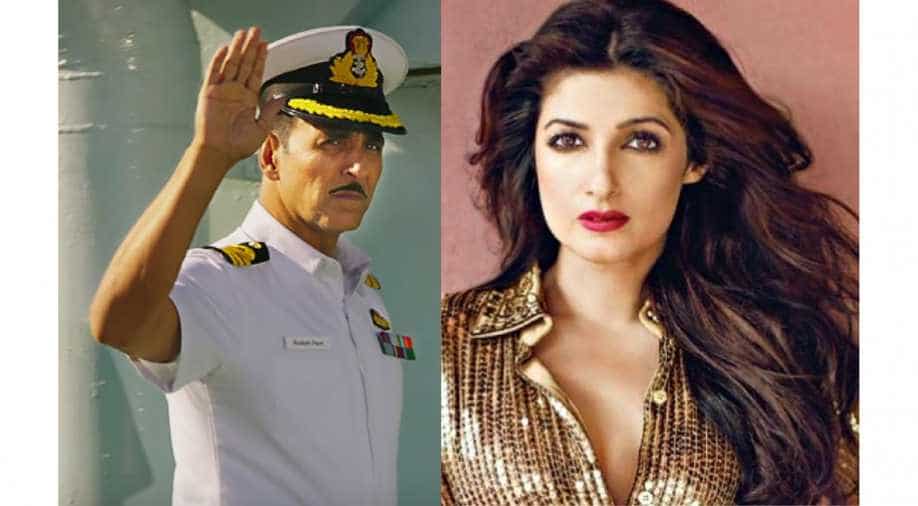 Twinkle Khanna and husband Akshay Kumar don’t seem to get over the Rustom uniform row as after being served a legal notice, the celebrity duo have now modified the description of the piece of clothing from “naval uniform” to “naval costume”. According to a report in a leading news channel, the auction house will now only sell the “pant-shirt but not the medals and honorary badges used in the uniform”.

The duo was served a legal notice for auctioning the naval uniform Akshay wore in Rustom as they seem to "have played with the sentiments of armed forces personnel and widows" of fallen soldiers.

The notice has also been sent to auction house SaltScout, which has put out the naval officer uniform for online bidding. As of Wednesday afternoon, the highest bid offered for the uniform -- which includes a shirt, pants and a hat -- was Rs 235,000. The auction closes on May 26 night. Also Read: Twinkle tweets of taking legal action against Navy officer for threats

The notice asked Akshay and Twinkle to cancel the auction "failing which necessary action shall be taken against you under the relevant provisions of the Indian Penal Code".

When the controversy erupted, the Bollywood couple had claimed that all the money raised from the auction would be used for social causes and 90 per cent of the net proceeds from it would support NGO Janice's Trust, an animal rescue service, treatment centre and shelter based in Panchgani in Maharashtra. It all started when the news of the auction reached the naval officers and one such former officer wrote a lengthy post on Facebook criticising the act. He wrote: "By putting (it) in the auction, you have shown no respect for national interest (and) have also played with the sentiments of armed forces personnel and their widows and their family members".

"As a matter of fact, till date, no uniform or medal has been put for auction. The reason for the same being that an officer's uniform is bestowed as a singular honour on a commissioned officer by President of India for life. It is not a contract but entails a liability for the nation's sake and thus the array of medals and ranks, insignia are for the discerning eye of the one who proudly wears it."

The uniform is the same that Akshay wore in film Rustom -- a 2016 period thriller set in the 1950s about Parsi Indian naval officer Rustom Pavri, who struggles with his marriage after he discovers his wife (played by Ileana D'Cruz) has an affair with his friend, a businessman who was trying to negotiate a deal to sell a damaged aircraft carrier to the Indian Navy.

The film was based on the real-life incident of Naval Officer K. M. Nanavati and businessman Prem Ahuja.