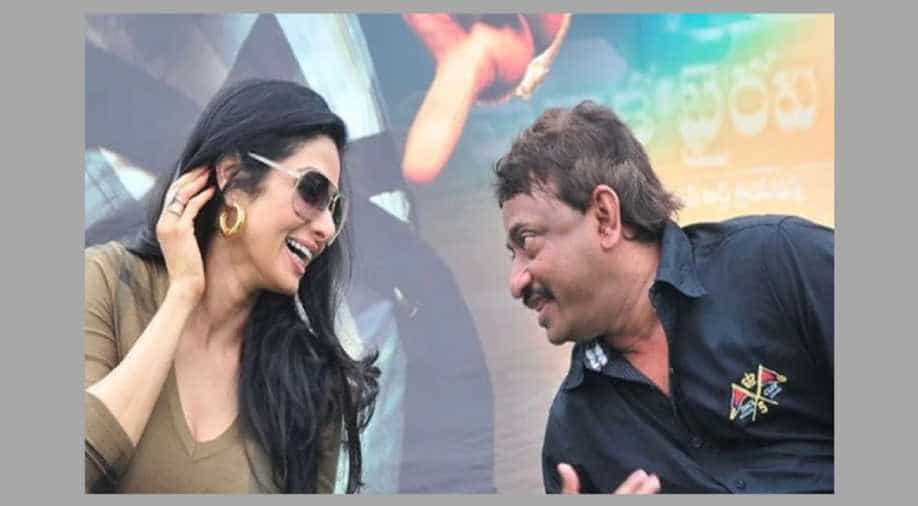 Ram Gopal Varma after sharing his anger on the untimely demise of veteran actress Sridevi has now penned a love letter to the late entertainer's fans.

Taking to Facebook, the filmmaker wrote a "love letter" to Sridevi's fans, disclosing inner "secrets" of her life, calling her an "unhappy woman in real life" and remembering instances where she was "lonely" in this journey called life.

Varma explains in the letter how her world changed after Sridevi's father expired and mother took control of the finances. He writes: "Her mother became mentally unwell after a brain surgery went wrong in the USA. Before dying, she put all the property in Sridevi's name. However, her sister, Srilatha slapped a case on Sridevi saying that her mother was insane and not in her senses when she wrote the will."

He also writes about her marriage to filmmaker Boney Kapoor -- who was already married to Mona Shourie Kapoor with whom he split in 1996 before marrying Sridevi soon after. In the letter, he writes about "Boney's mother punching her in the stomach in a five-star hotel lobby for what she did to Boney's first wife Mona."

He adds: "She always came across as a little uptight but that's because she built a psychological wall around her as she was scared of anybody to really see what's going on within her. She was panicky about anybody knowing what her insecurities were."

Varma goes on to talk about the transformation that happened in Sridevi's life after her marriage to Boney Kapoor -- full of public scrutiny, the scorn of husband's relatives, the responsibility of two daughters and much more. Read the full letter here.

This is not the first time when Ram Gopal Varma has publicly spoken about his love for Sridevi as in his book titled Guns and Thighs, he dedicated an entire chapter to the diva.

Sridevi died on February 24 in Jumeirah Towers in Dubai. The forensic reports reveal that the actress died due to "accidental drowning" after becoming unconscious.

As the news of her death spread like wildfire, her colleagues from movie industry and fans came in a large number to mourn her loss. South Indian cinema stars like Rajinikanth and Kamal Haasan also flew to Mumbai to pay their respects.

As for her remains, the Dubai Police is yet to hand over the body to Kapoor family. India`s Ambassador to UAE, Navdeep Singh Suri said it "takes 2-3 days to complete processes."We are working with local authorities to ensure that mortal remains can be sent to India at the earliest. We are on the job. Our experience in similar cases tells us that it does take 2-3 days to complete the process." wrote Suri on Twitter.

Embalming of the body is likely to take place on Tuesday, media reports state. The body will be flown back to Mumbai on a chartered flight.

There has been no official word from the family on when her funeral will take place.