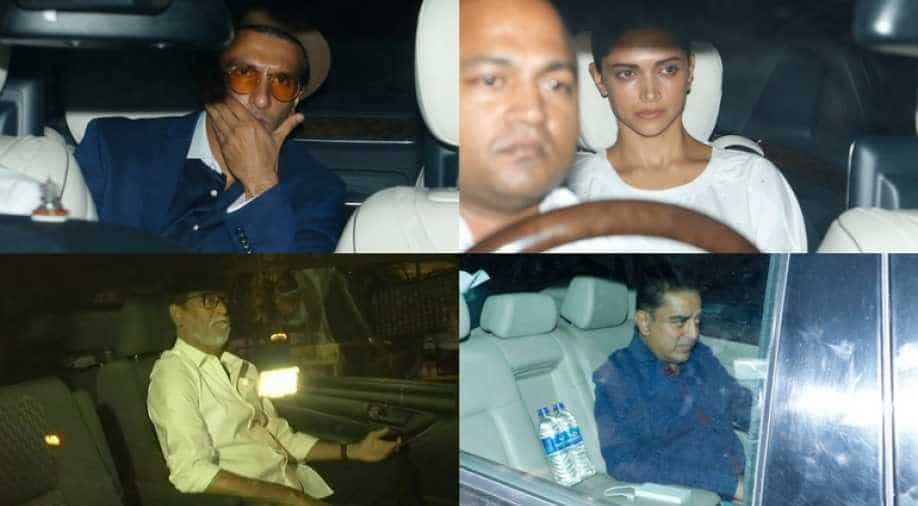 Akshay Kumar and his wife Twinkle Khanna were seen at Anil Kapoor's home on Tuesday afternoon.

Shekhar Kapur, who directed her in Mr India, arrives at Anil Kapoor's residence on Monday. Photo by Yogen Shah (WION)

Sridevi's close friends and Tamil superstars Rajinikanth and Kamal Haasan flew down to Mumbai to meet the actress' family. Sridevi's first film as a leading heroine had these two actors as her leading men. Veteran actor Nasser also came in to pay his last respect.

Kamal Haasan flew down to Mumbai on Monday afternoon to meet Sridevi's family members. Sridevi was known to be close to the veteran actor with whom she is acted in more than 20 films. Photo by Yogen Shah (WION)

Sara Ali Khan arrives at Anil Kapoor's residence on Monday to meet Sridevi's daughter Khushi. The two are known to be friends and are set to make their debut in films this year. (WION)

Newlyweds Mohit Marwah and Antara Motiwala were also spotted at Anil Kapoor's residence. Sridevi and the rest of the Kapoor family had flown to UAE last week to attend Mohit's wedding.

Mohit Marwa and his wife Antara Motiwala arrive at Anil Kapoor's residence. Sridevi had gone to Dubai along with Kapoor family to attend Mohit's wedding. Photo by Yogen Shah (WION)

On Monday, Dubai Police released the forensic report which determined that Sridevi's death was due to accidental drowning. While there is no official word on when the last rites of the actress would be conducted, reports suggest that the body will be brought back to Mumbai on Tuesday morning.

Sources have revealed that Boney Kapoor's family are awaiting approvals for the release of the body from the public prosecutor.