Padmaavat: Deepika Padukone's midriff gets covered in the new version of Ghoomar song 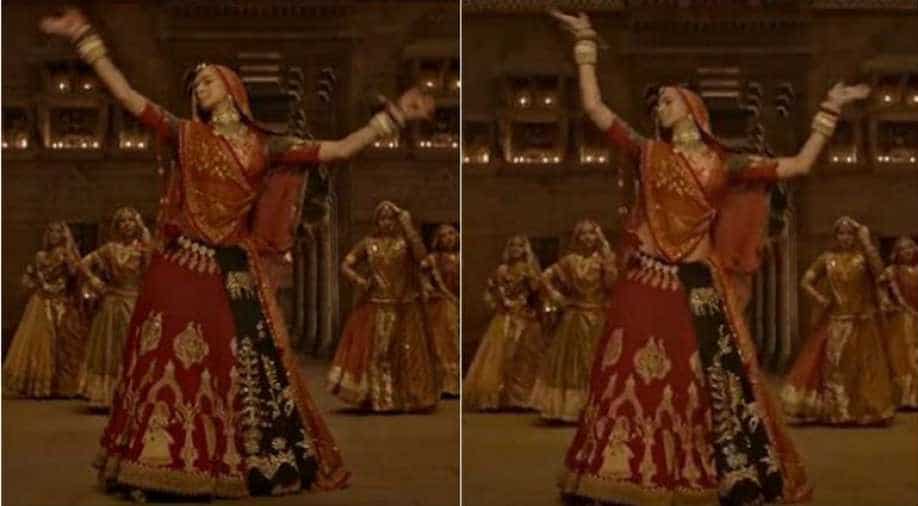 Deepika's midriff cover was one of the 5 modifications that Censor board had asked for. Photograph:( Others )

With just a few days left for Sanjay Leela Bhansali's controversial Padmaavat to hit the theaters, the makers are going the extra measure to make the film appeal to one and all. They are ensuring that no one raises any objections to the content of the film anymore.

In the latest version of the song Ghoomar, the makers have decided to cover leading lady Deepika Padukone's midriff. The song was opposed initially by certain royals and the song has been modified via special effects.

Covering the midriff in the song was one of the five modifications that the censor board had demanded of the makers. Following which, the makers covered the actor’s midriff via CGI.

“The CBFC’s Examining Committee asked the film’s producers—the director was not present during the censor screening—to remove the shots where her stomach was visible. However, such editing would have disturbed the smooth choreographic flow of the elegant dance number. The director preferred to conceal Deepika’s belly through computer graphics,” a source present at the film’s screening had earlier told The Quint.

The film was earlier set to clash at the Box Office with Akshay Kumar's PadMan but the actor decided to shift the film's release date to 9th February in order to let Padmaavat get maximum screen space.