It's confirmed! Sara Ali Khan not Priya Varrier to star opposite Ranveer Singh in 'Simmba' 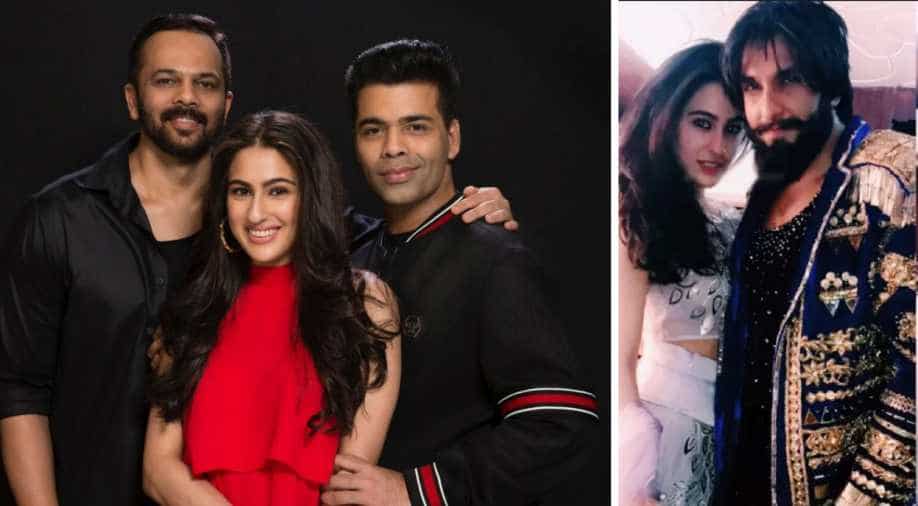 Sara Ali Khan has been roped to star opposite Ranveer Singh in 'Simmba'. Photograph:( Twitter )

Ranveer Singh will now be seen opposite newcomer Sara Ali Khan in his next masala film titled "Simmba".

Rohit Shetty and Karan Johar announced the female lead today amid rumours that Malayalam actress Priya Prakash Varrier who got famous for winking in a romantic song from her debut film "Oru Adaar Love" will be cast opposite Ranveer.

Trade analyst Taran Adarsh took to Twitter to share the news with a photo of Sara with her producer-director jodi.

Meanwhile, Sara is working on her Bollywood debut opposite Sushant Singh Rajput in Abhishek Kapoor's "Kedarnath" -- scheduled to release this year. the movie has been riddled with controversies and indefinite delays since the start of its shooting. The first look of the young actress sent waves in the country as she looks eerily similar to her mother at a younger age. Watch Sara Ali Khan's first look from "Kedarnath".