Kedarnath: Will Sara Ali Khan's debut film see the light of the day? 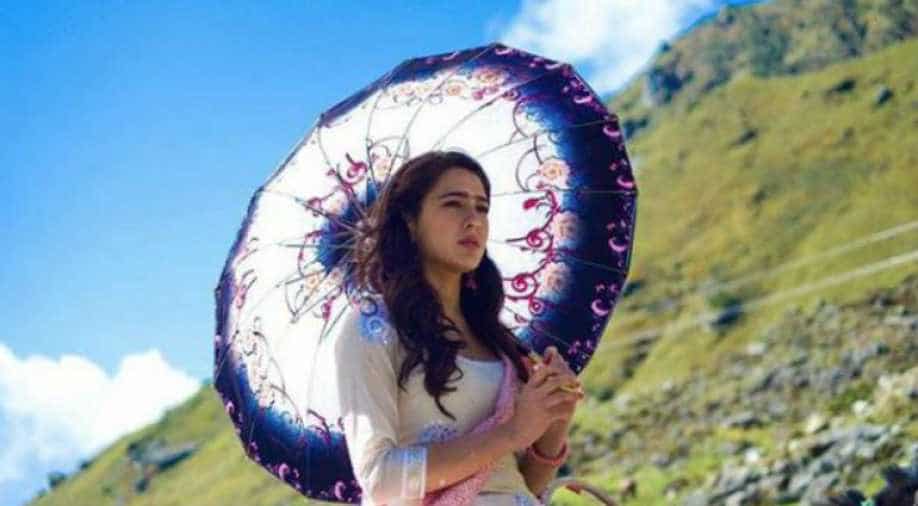 Sara Ali Khan's first look from the sets of Kedarnath was shared a few months back. Photograph:( Instagram )

Sara Ali Khan's debut is perhaps one of the most anticipated ones in Bollywood this year. When photos from the sets of her debut film Kedarnath were released, the images instantly went viral.  The crew has been sharing several on-set photos which have just piqued the curiosity level.

But will the film ever release? News has it that the film's director Abhishek Kapoor and producer Prernaa Arora, of KriArj Entertainment, have had their differences and parted ways which has derailed the post-production work on the film.

No other big producer is willing to take up the project as both Kapoor and Arora have decided to take legal action.

When Kapoor called up Sara's mother, actress Amrita Singh about it, the actress lost her cool and lashed out at him. " When Gattu called Dingy (Amrita) to tell her about his decision to fly solo with Kedarnath and only getting a big studio on board for the release, Amrita completely lost her cool with him. A heated argument took place between the two," a source told DNA.

Rumours of a spat between the two started last year itself. Prerna wasn't keen that Kedarnath should release on December 21, as it would clash with SRK's Zero. However, Abhishek went ahead and announced the release date on Twitter. He refused to budge from his stance.

When he was asked by the reporters, he had dismissed the rumours and stated that the producer and he were 'on the same page'.

Now that the two have called it quits, looks like Sara's debut has gotten stalled for no fault of her's.

Kedarnath is a love story in the backdrop of a pilgrimage. Sushant Singh Rajput plays the male lead opposite Sarah.