'Simmba' first poster: Ranveer Singh to play a cop in Rohit Shetty's next 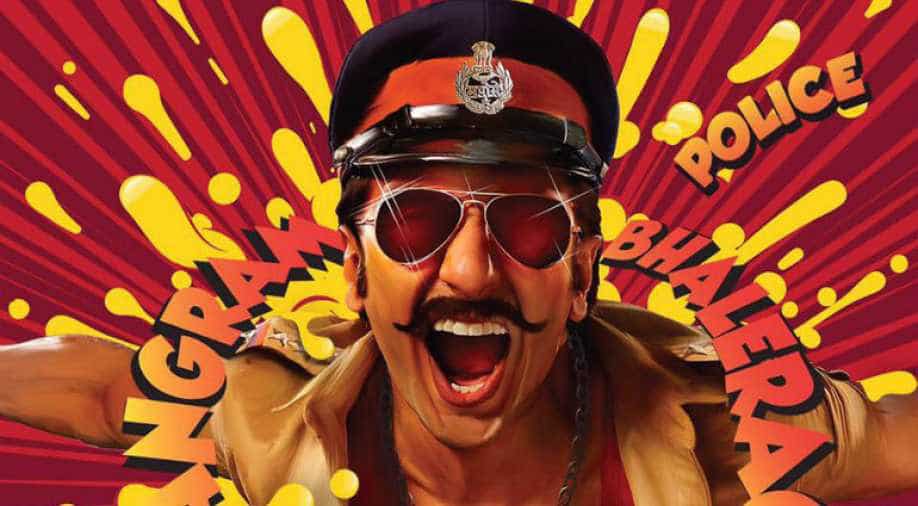 Ranveer Singh in the poster of Simmba Photograph:( Twitter )

Ranveer Singh is all set to collaborate with Rohit Shetty in his next film Simmba. On Thursday morning, the first look of the film was unveiled by Karan Johar, who is the producer of the film.

28th December 2018!! ROHIT SHETTY will be back!!!! RANVEER SINGH as #SIMMBA pic.twitter.com/tCltwAKznZ

The psychedelic poster has Ranveer wearing a cop's uniform. This is the first time that the actor will be working with Rohit Shetty and Karan Johar. The film is scheduled to release on 28th December 2018. The actor, whose film Padmavati has been facing a lot of flak for its content was scheduled to release on December 1 but will now be releasing sometime next year. With two diametrically different roles, Ranveer will perhaps once again prove his versatality.

Being a Rohit Shetty film, we can expect Simmba to be an masala action entertainer. And with Ranveer's energy and Rohit Shetty's sense of style- looks like Simmba is going to be a fun ride.