Home Aur Hum: How an iconic 100-year-old machine was recreated in this Naseeruddin Shah starrer 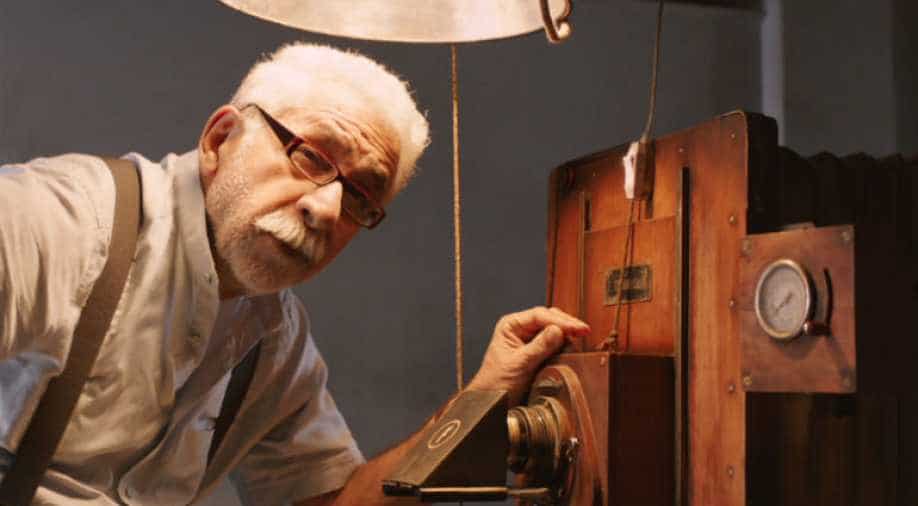 Naseeruddin Shah will be seen in the upcoming film Hope Aur Hum, releasing on 11th May. Directed by Sudip Bandyopadhyay, an ad filmmaker, the film talks about the Srivastava family whose lives are affected by a senior most member of the family, Nagesh (Naseeruddin Shah) whose obsession with his traditional copying machine, called Mr Soennecken starts to take a toll on the relationship of the entire family. While the ups and downs that the family take and this difficulty in letting go is a crucial aspect of the film, a little-known secret is that Sudip Bandyopadhyay wrote this film after a real-life incident.

The director, a fine arts student from Kolkata used to get photocopies from an old man near his college, that old man owned a machine very similar to Mr Soennecken in the film. It was this machine that helped Sudip make many college deadlines but soon like most old things it was time to dispose the old machine and bring in the new. In a matter of days, Sudip saw the old machine being thrown to the side and the new one being brought in. He knew right then, this was a story in the making. While he didn’t have the ability to buy the original copy machine that inspired this story. He sat with Art Director, Tapas Singha and they decided to build a Mr Soennecken. The step by step process of building Mr Soennecken to look like the copier from Sudip’s adolescence is itself a film in the making. The director and producer knew the effort will pay off and it did when the whole cast and crew saw Mr Soennecken for the first time and couldn’t believe it was created on set, everyone including Naseer sir were in awe of the old looking new machine.

When asked about it Sudip said, “When we started I had no images of Mr Soennecken, only pictures I had drawn as a young man. When I drew it for Tapas, it was mostly out of memory. Something that was so fresh in my mind, even 20 years later. Tapas and I began the work and it was coming together well when Ravi K Chandran told us ‘this doesn’t have a vintage feel.’ After that we tried many permutations and combinations to make it work, the only winner was an acid wash. So, Tapas and I sat and brushed the whole thing with acid, we saw the effect it had on the look and then we brushed it down with water again before it burned and then polished it. That was when Mr Soennecken was ready. The machine is truly made from our blood, sweat and tears.”