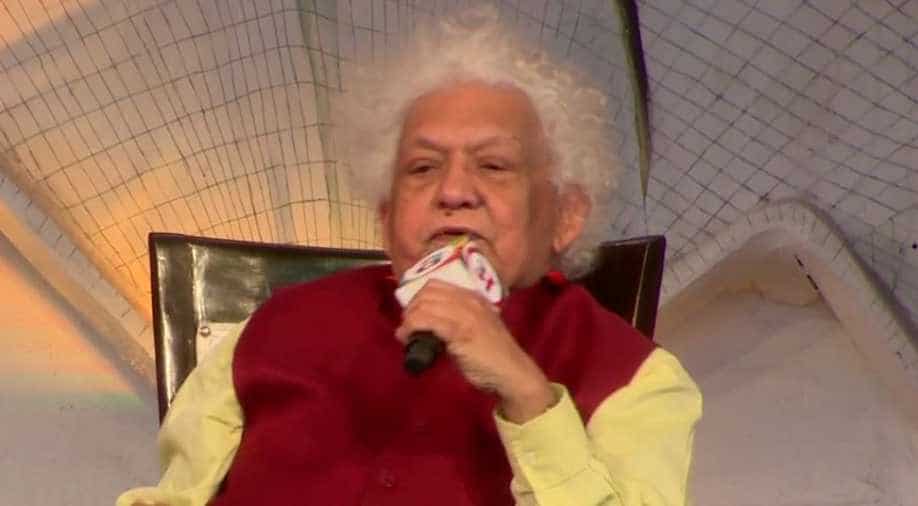 Lord Desai also emphasised on the need to give a boost to the private sector.  Photograph:( WION )

In an interactive session 'Whose economy is it anyway?' with Principal Economic Adviser in the Ministry of Finance Sanjeev Sanyal, economist Lord Meghnad Desai said that economies are run by the people and not by governments.

In an interactive session 'Whose economy is it anyway?' with Principal Economic Adviser in the Ministry of Finance Sanjeev Sanyal, economist Lord Meghnad Desai said that economies are run by the people and not by governments.

Lord Desai also emphasised on the need to give a boost to the private sector.

"We have to change our mindsets. The politicians, ultimately they exist to enable and encourage people to do a better job with the economy and not come in the way of people. So I think the economy should belong to the people," he said.

"We have to be able to use the quality and the talent of the people in the private sector because they go through a much harder system to survive and prosper than the government system. They take the risk, they are the risk-takers," he added.

"This is my message to all political parties - to learn to respect business more," Desai said.

Desai gave the example of South Korea and said that after the difficult phase of its partition with North Korea, it picked up its economy on the premise of a "simple idea".

"Their government said to their business people, if you do well, we will subsidize you, if you export and sell abroad we will give interest and subsidy not otherwise. And for 60 years continuously, South Korea's had a growth per cent of 6 per cent," Desai said.

All this and much more discussed on the first day of the engaging fest.

Arth: A Culture Fest, will last for three days (21, 22 and 23 February). In the three-day festival, people will get a glimpse of the culture of India.
'Arth' is a cultural celebration intended to showcase the ways of India's culture. Starting from today, the festival will focus on literature, culture, society, music, traditions, history and art.

3:15pm - From God's Own Country: Ottan Thull from panellists in Kerala: Mohana Krishnan

11am - Cymbals from the North-East: Manipuri Pung and Dole Cholam artist: Sinam Basu

1:15pm - Discussion on culture and art: Conversation between Prasoon Joshi and Yatindra Mishra