Does Rahul Gandhi need certificate from Pakistan on Rafale: BJP 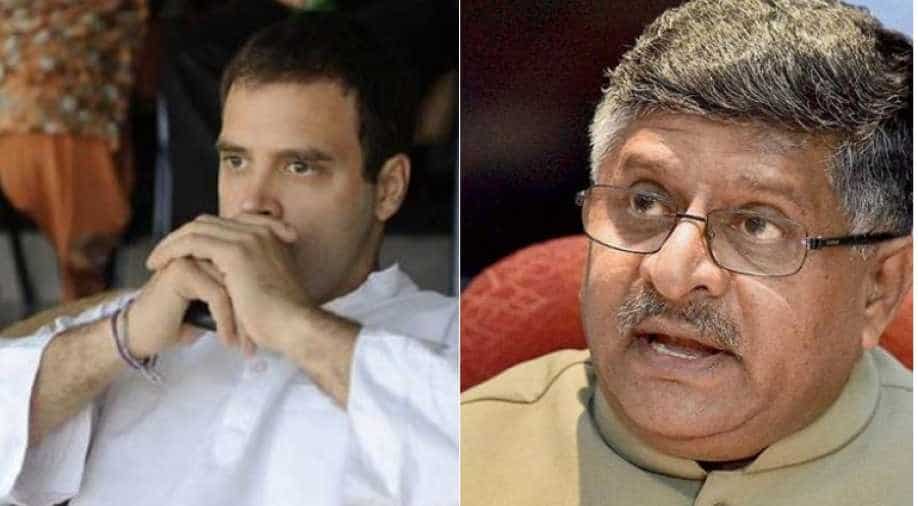 Earlier in the day, Rahul Gandhi demanded a probe against Prime Minister Narendra Modi in the Rafale deal.

Accusing Congress president of speaking "blatant lies" on the Rafale issue, the BJP said on Thursday he neither believes the Indian Air Force nor the Supreme Court verdict and asked if he needed a certificate from Pakistan about the fighter aircraft.

Soon after Gandhi demanded a probe against Prime Minister Narendra Modi in the Rafale deal, the BJP hit back with Union minister Ravi Shankar Prasad alleging that the Congress president believes Pakistan more than Indian forces and its leaders.

"Will Rahul Gandhi need a certificate about Rafale from Pakistan. In that, we cannot help. Of late he believes Pakistan more than Indian forces and its leaders," the senior BJP leader added.

Earlier in the day, Gandhi asked why a probe cannot be ordered against Prime Minister Narendra Modi for an "Rs 30,000-crore scam" when an investigation has been initiated into the theft of official documents related to the fighter jet deal.